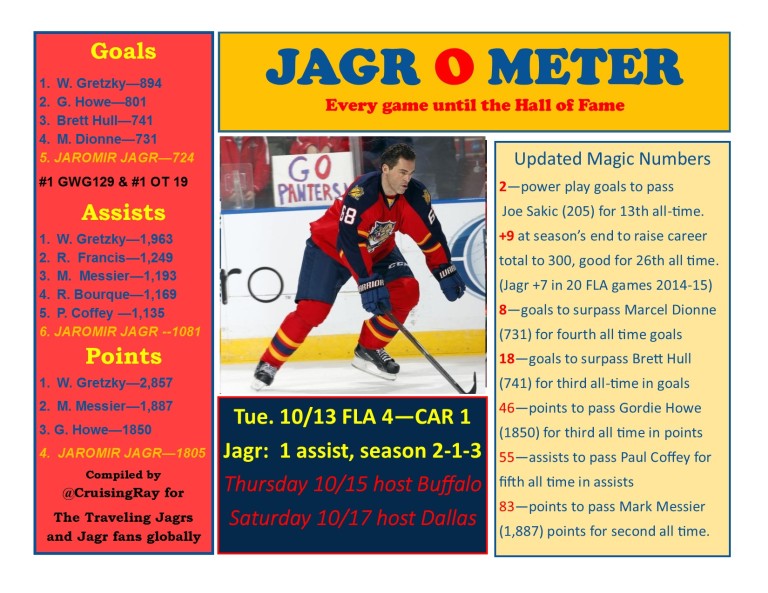 Tickets for that  and all games available at:  www.floridapanthers.com

You might enjoy this interview with Jagr by Frank Seravalli for TSN. http://www.tsn.ca/frankly-speaking-five-minutes-with-jagr-1.376054

Kladno Hockey Club: Before coming to the NHL Jagr played for this team in the Czech league as a teenager. Now he owns the team. It’s in Czech  but some devices can translate to English.  Follow them at:

The Traveling Jagrs, clad in different Jagr jerseys and hair styles from 68’s career, they gained league-wide recognition when they caught Jagr’s attention during a pre-game skate of a Dallas Stars game in Canada during the 2012-2013 season. Since then, they convene at games in Western Canada and make a road trip or two every year, playing street hockey with locals, posing for hundreds of pictures, and having a good time with local fans while honoring an all-time NHL legend. Follow them on twitter: