PREVOV, Czech Republic–The Knights of Kladno drop a 2-1 decision Wednesday to Prevov, getting swept in all four games of the season series.

Jaromir Jagr recorded an assist on an Adam Kubik goal with five minute remaining to cut in regulatioin, but even with the goalie pulled for nearly two minutes, Kladno could not get the tying goal. Jagr now has four assists in two games, figuring in on half of the eight goals the team has scored since joining the team. He also reports his knee feels okay with the use of a knee brace. His post-game interview, posted on the Kladno website, is shared here. (Translate if necessary).

It was the second straight road sellout for the Knights since Jagr joined the team. Prerov’s arena holds 3,000 spectators but team officials say they could have sold twice as many tickets. Unlike Saturday’s game with Venice Wednesday’s game was not moved to a larger venue.

A summary of this game and the other six first league games and the updated standings for the WSM can be seen at this link from isport.cz. 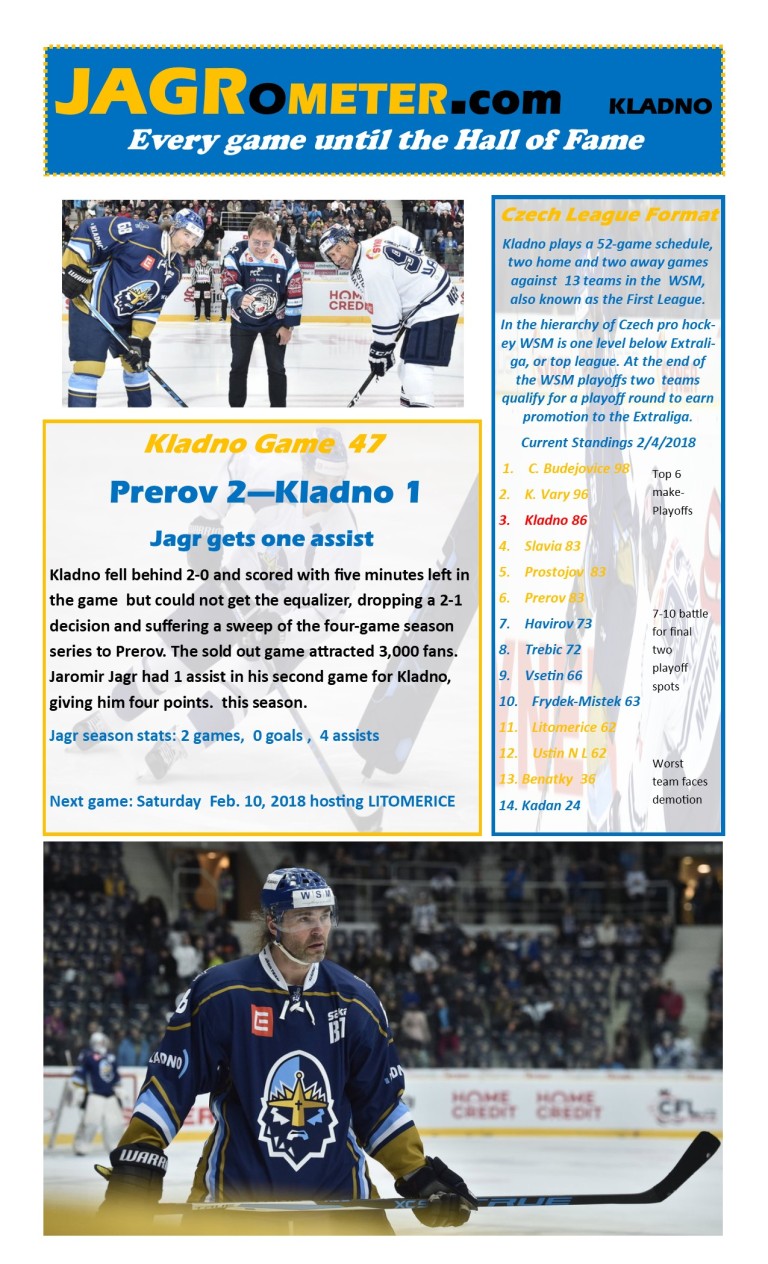