CALGARY–The Flames broke open a tight game with five third-period goals to top St. Louis 7-4 Monday night to wrap up a seven-game homestand with a 5-2 at the Saddledome. 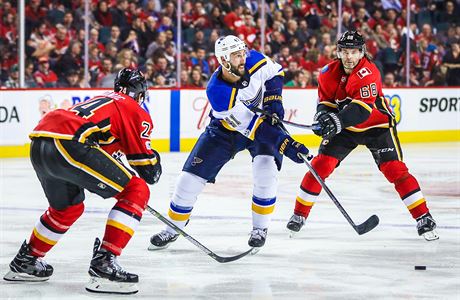 Johnny Gaudreau has his second straight three point game with a one-goal, two-assist effort. Jaromir Jagr set up the second of linemate Mark Jankowski’s two goals and was +3 on the night. It was Jagr’s fifth point in the eight games he has played for the 10-7 Flames.

Here’s that assist courtesy of nhl.com.

That was pretty! The trio of Sam Bennett (1 G), Mark Jankowski (3 Gs) and Jagr (1G) have combined for five goals in two games after all three were held without a goal until this recent outburst. Czech media reported on this after the game. Translate to the language of your choice.

The rest of the game highlights, stats and news from the game, also from nhl.com

The Flames start a six game road trip Wednesday in Detroit, their first game in the brand new Little Caesar’s Arena. Of concern for the Flames is the condition of goalie Mike Smith who was injured against St. Louis and was relieved by Eddie Lack. The team should update his status on Tuesdady. Regardless, playing in Detroit’s new arean will mark another milestone for Jagr as he will be playing an NHL game in his league record 62nd different venue. We’ll publish the full list after it becomes official.

In the mean time, here’s the updated Jagr-O-Meter 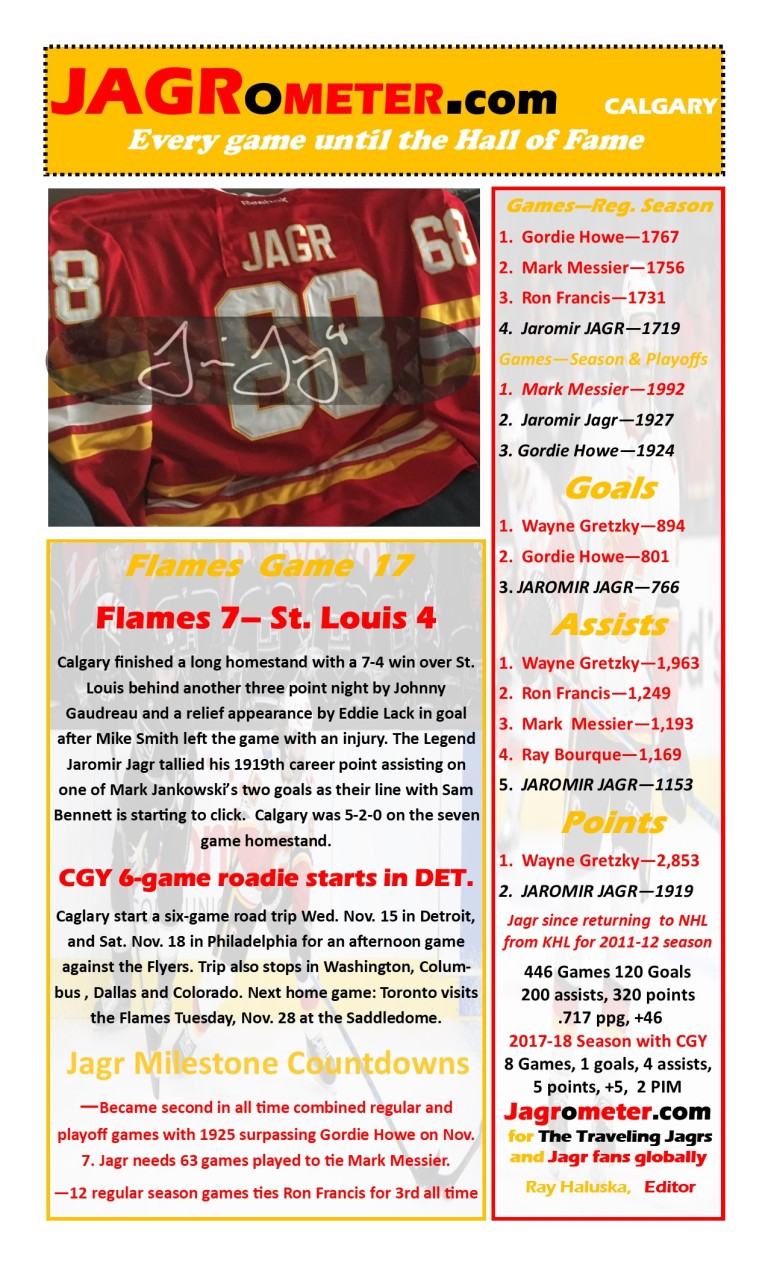 The off-season dragged on forever for Jaromir Jagr and St. Louis almost became his new home instead of Calgary as we learn in this article from St. Louis Today.

Still a day to put together a bid for the Hockey Fights Cancer jersey, signed by Jagr, that the Flames are auctioning off with a deadline of Wednesday.