SUNRISE:  The Florida Panthers (8-8-4) prepare to meet the Los Angeles Kings (12-8-0) in a rare Monday night game at BB&T Center. The Kings are among five teams, Pittsburgh, Columbus, Dallas and San Jose being the others, not to suffer an overtime/shootout loss.  Jaromir Jagr enters the game with 730 goals, just one behind Marcel Dionne’s 731, which is fourth all-time in the NHL.

What to make of this Panthers team? Based on a strong 12-7-2 finish last year, a 100-point pace against mostly desperate teams fighting for playoff spots, it was hoped they would start this year at the same pace. Their even-Steven .500 record puts them in sixth place, or fifth in a pack of teams separated by Ottawa’s 25 points to Buffalo and Toronto, who have 18 points. All teams trail Montreal (16-4-2-34) who is worried more about who is best in the conference rather than who is trying to catch them in the division.

As a season ebbs and flows, one mustn’t obsess over each and every lost opportunity, though the Panthers hope to avoid the agony of losing the game in Anaheim that they were leading until the final five seconds of regulation. In simple terms the team must play better defensively through improved performance or trades with the forwards showing better positioning in the defensive zone. 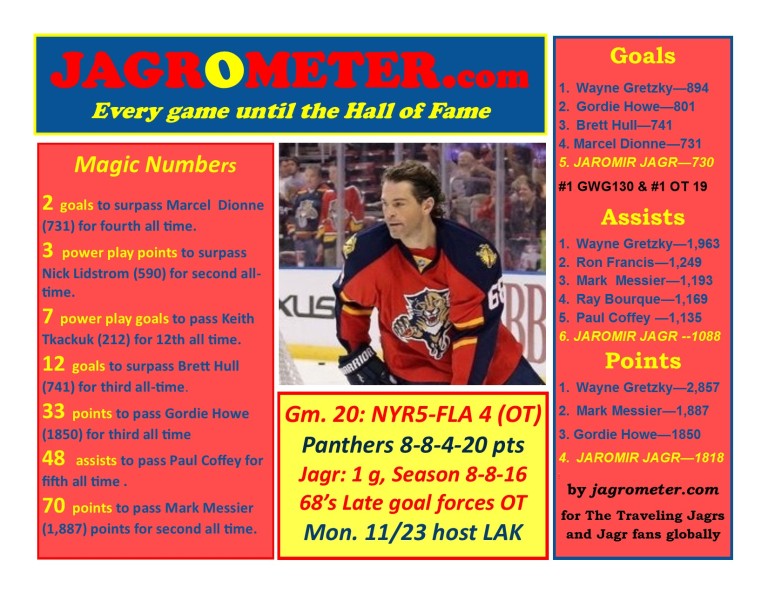 He says it doesn’t matter, but it matters. If Jaromir Jagr isn’t getting points, the Florida Panthers are not winning. Fortunately he thrives on the pressure of producing and particularly enjoys working with Aleksander Barkov, his best center since Mario Lemieux and Ron Francis from his days with the Penguins. 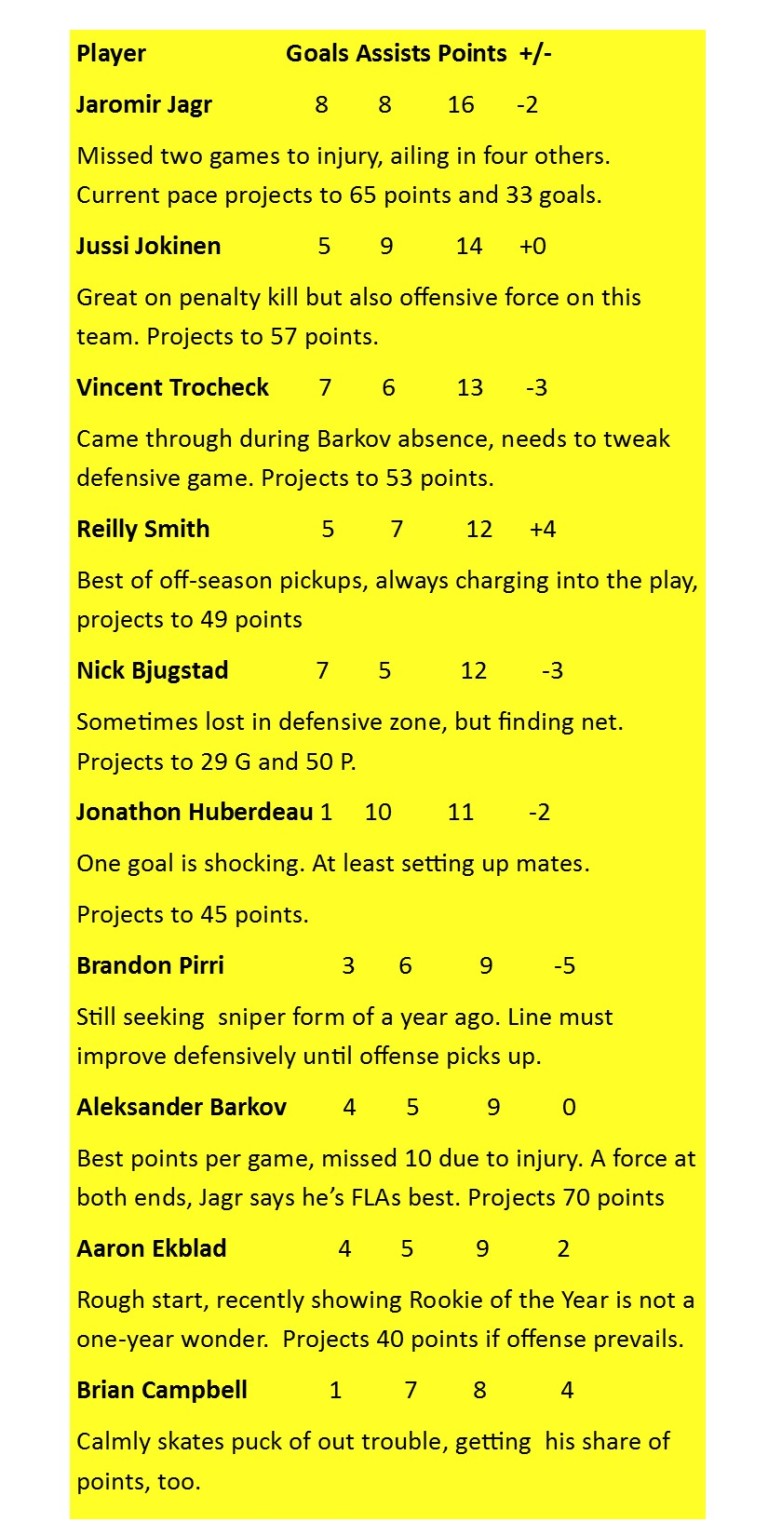 In goal Roberto Luongo has been on more than off. His play should improve through stronger team defensive play. 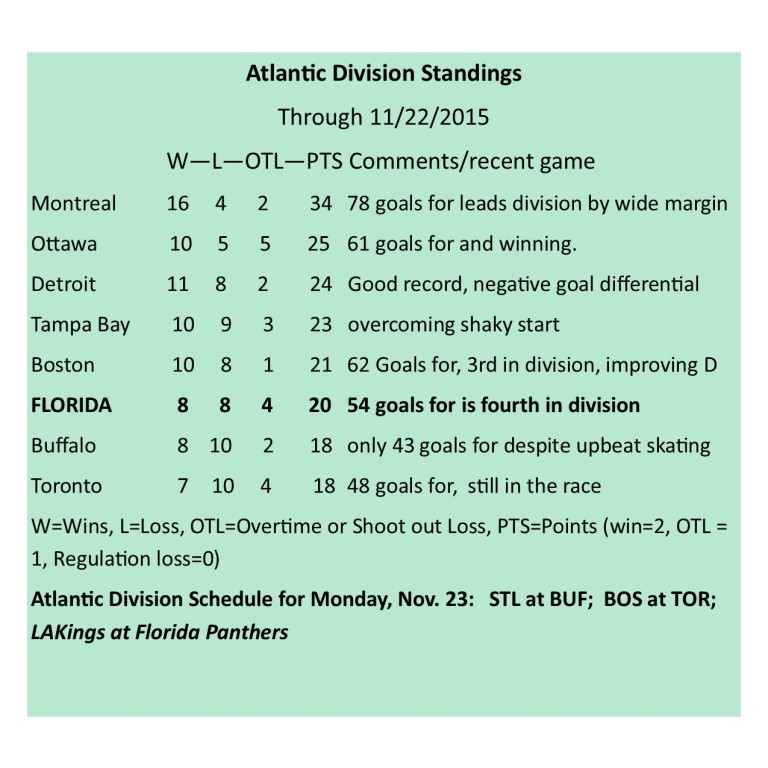 George Richards discusses the magic on ice between Jagr and Barkov, a legend and a rising star.

Another article from our daily web searching.

That’s all for now