BROOKLYN–Five different players scored for Florida who beat the New York Islanders 5-1 Tuesday despite missing several players to flu and injuries. Goalie Roberto Luongo limited the Islanders to one goal for the second straight time this season, on 34 shots.

After a scoreless first period which saw the Islanders out shoot FLA 19-2, Reilly Smith scored his ninth of the season and third in four games early in the second. Other goal scorers included Aleksander Barkov (who also had two assists), Aaron Ekblad, Vincent Trocheck and Jonathon Hubereau. The Huberdeau goal came let in the game when he was awarded a goal after being pulled down by the Islanders while on a breakaway toward an empty  net. It was the Islanders first loss in regulation since Nov. 22 and ended an 8-0-2 run.

The win enables Florida (15-12-4) to stay within one point of Tampa Bay. The Panthers play at New Jersey Thursday evening. The Devils hold a two point lead over Florida for the final playoff spot.

One of the missing Panthers was their leading scorer Jaromir Jagr, one of four fighting flu symptoms. Jagr’s status for Thursday’s game is unknown. Highlights of the game from nhl.com are here: 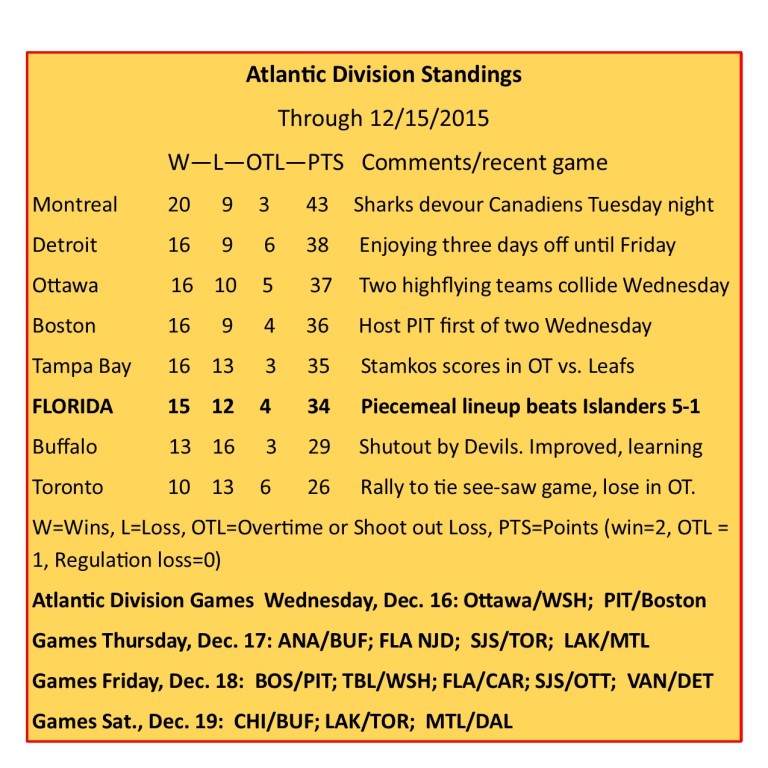 Yahoo sports has picked Jagr as one of the NHL’s 10 most interesting people: 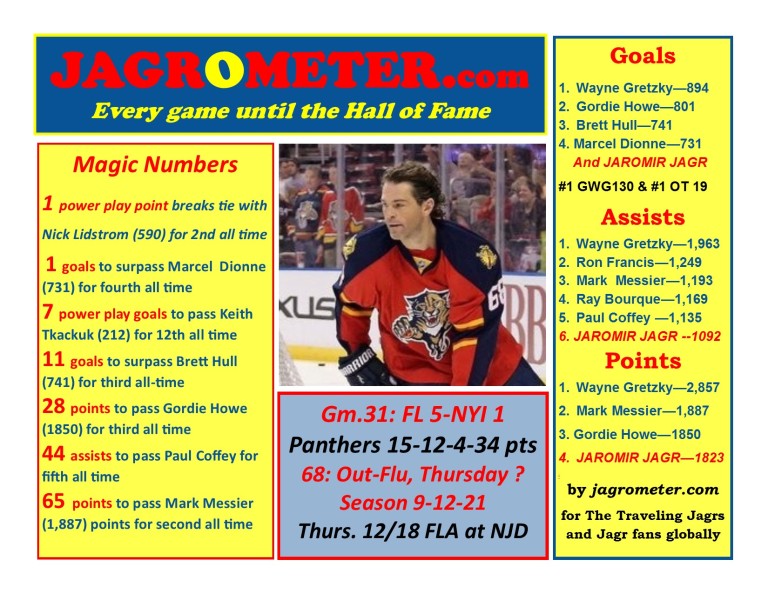