With two games in two days, Florida has a chance to make up ground on the Canadiens, who have played three more games than the Panthers. Both teams play Tuesday night.

The New York Rangers visiting BB&T Center Saturday night mean another capacity crowd for the Florida Panthers and thus far the home team has not disappointed when the stands are full. Even when a large number of fans are supporting the visitors.

The Panthers leading Jaromir took notice of the loud fans for Montreal and included a windmill in his post-goal celebration during Tuesday’s 3-1 win over Montreal. Big crowds and games against his former employers often bring out the best in Jagr so we’ll see if he has a strong game tonight.

Tickets for this game and all Florida home games can be secured at http://www.panthers.nhl.com. Fans struggling to get through to the website can call 954-835-PUCK (7825).

The six-game homestand concludes Sunday with a game against the Minnesota Wild.

It was published in his 1997 autobiography “Jagr” that the teen-age Jaromir risked severe discipline if he had been caught with that photo.

(EDITOR’S NOTE:  A photo shared on twitter has been removed from this exact spot at the request of the creator).
#ChasingGORDIE1850 & #ChasingHULL741
With 26 points in his 34 games played this season Jagr continues to chase retired hockey legends while cementing his own place in the history of the game. Jagrometer.com will bypass predicting win Jagr will achieve these milestones, a hot streak can make it sooner, some missed games can delay things, but he’s methodically gaining on the players in front of him while making important contributions on and off the ice for the Florida Panthers. Consulted with the Jagr-O-Meter when you want to monitor his progress. 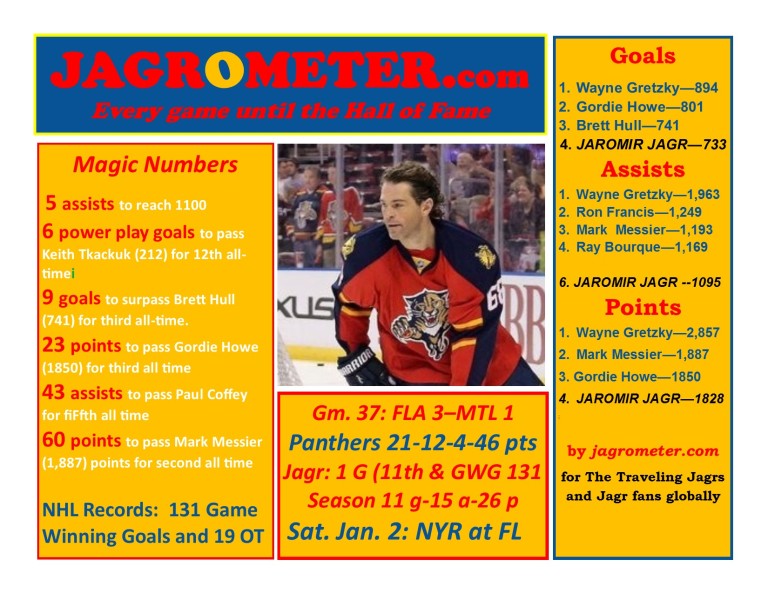 The latest standings for the Atlantic Division of the NHL. 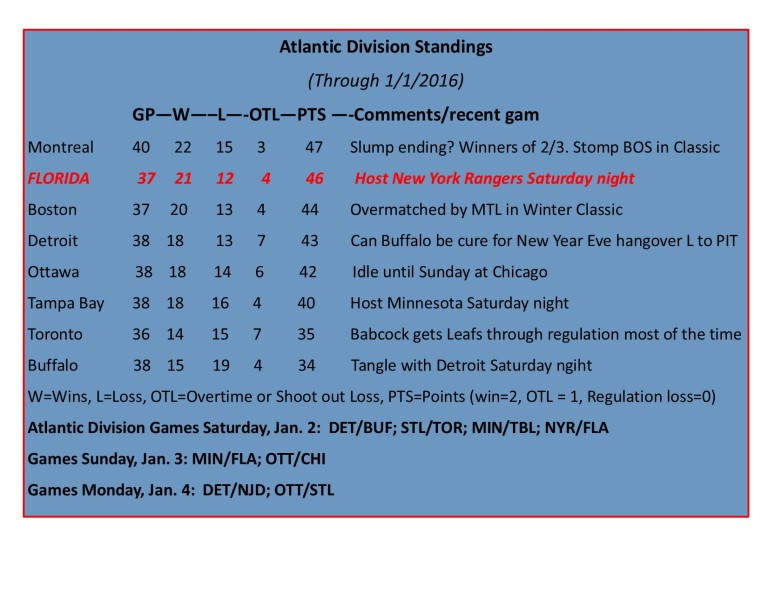 We’ll share this again today because it remains the gold standard in articles about Jaromir Jagr.

Jagrometer.com will be in attendance at the BB&T Center for the games with New York and Minnesota.