Skip to content
SUNRISE–We should all be so lucky to get a package like this in the mail:

He’s pumped for his new jersey.. Not sure he knows how cool it really is tho! Thanks for this @68Jagr #alltimegreats 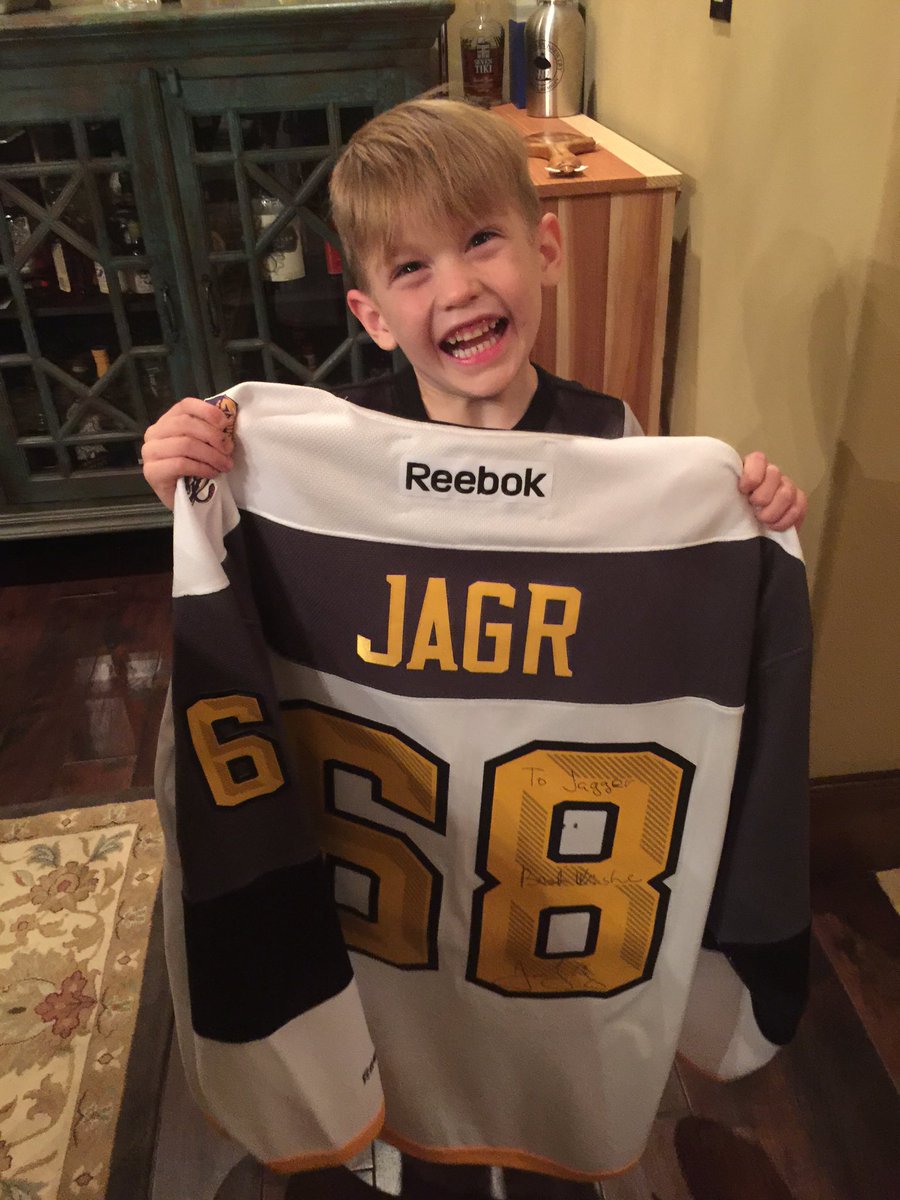 The Panthers open a six day homestand at the BB&T Center Friday night with the St. Louis Blues. Tickets for these and all future Panthers home games can be secured through panthers.nhl.com. Injured players Aleksander Barkov and Eric Gudbranson will not be available for Friday night’s game but the team hopes they will be available soon.

Florida has 28 games remaining. Following this stretch of games the Panthers will only have eight home games remaining in the regular season to go with 14 on the road.

Buffalo highlights, a la Goldstein: Hear Steve Goldstein call all 11 goals including seven by the Panthers in a 7-4 victory Tuesday night over the Buffalo Sabres. The package from earlier in the week featured the Sabres announcers.

Wins by Boston and Detroit have pushed them passed Tampa Bay and within six points of the first place Florida Panthers.

Jagr is closing in on two milestones–741 goals (Brett Hull–third all-time) and 1850 points (Gordie Howe, third all-time).  Some outlets are just catching on to these phenomenal accomplistments. At JAGRometer.com we publish the Jagr-O-Meter after every game and have been posting Jagr’s accomplishments for several years now. Thanks for reading and sharing the site.

One of the Panthers blog sites, @fla_panthersnhl  recently noted Jagr has scored 23 goals and 33 assists in 71 games with the Panthers.  Here’s some stats you won’t find anywhere else:

That’s a nice .788 points per game for the legend as a Panther.

For our French readers:

This showed up several months after original publication when the Panthers and Jagr played a game in Philadelphia. In it Jagr explains how much he enjoyed playing for the Flyers in his first year back from the KHL.

Our links below include some of the major contacts and a few significant articles this year concerning Jaromir Jagr. You are welcome to research back editions of JAGR0meter.com and to register for notification upon publication of the latest Jagr news. Please share this site with your friends.