SUNRISE–St. Louis spotted the Florida Panthers a goal then reeled off four straight to take a 5-3 victory over the Atlantic Division leaders Friday night at BB&T Center.

The Panthers were playing without three of the better defensive players–two-way center Aleksander Barkov as well as two sturdy defensemen, Eric Gudbranson and Willie Mitchell. Panthers goals were scored by Derek MacKenzie (6), while Aaron Ekblad and Jonathon Huberdeau each notched their 11th goals of the seasons. Jaromir Jagr regained the team lead in scoring after a two-assist night that gives him 40 points for the year and 1842 career points, Jagr needs eight points to tie Gordie Howe (1850) for third all-time among NHL scorers.

Highlights of the game from NHL.com can be seen here:

Bottom line: There weren’t enough scenes like this for the Panthers Friday night: 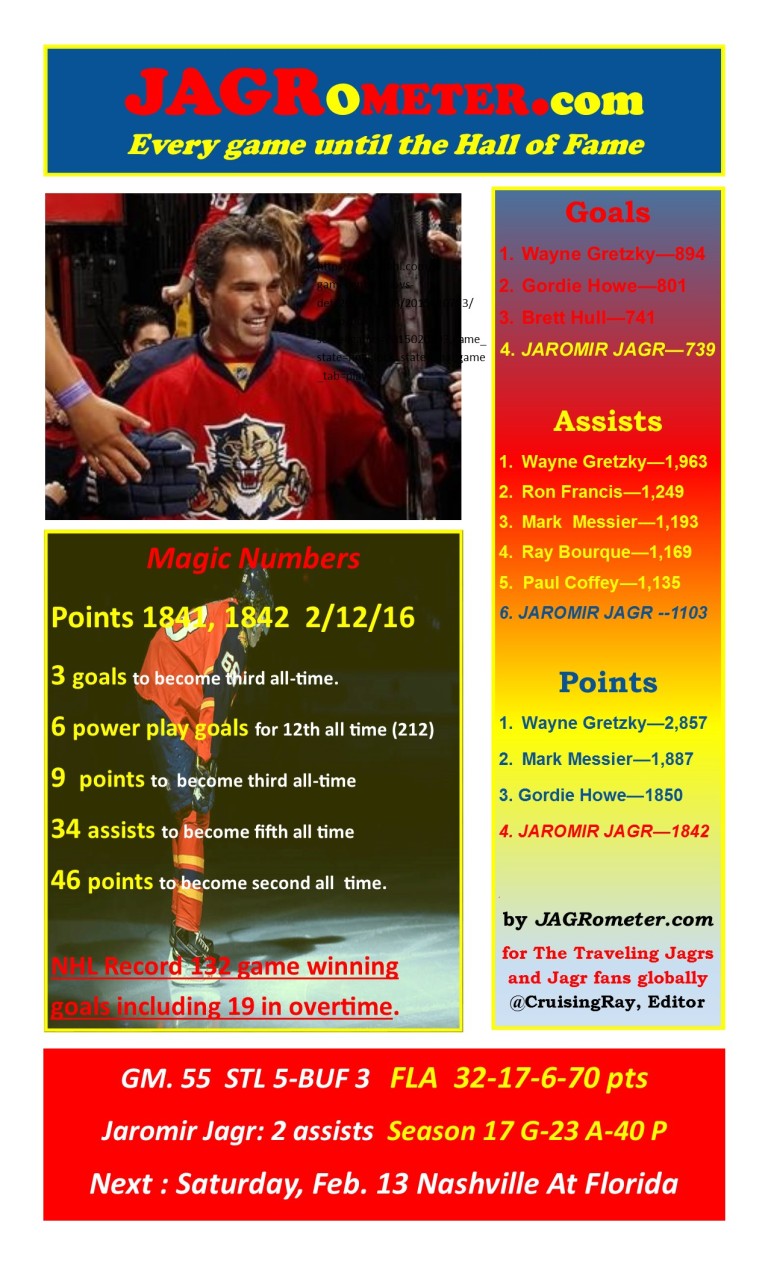 Florida still leading the Atlantic Division after Friday’s games which see the Panthers five points ahead of second place Detroit. 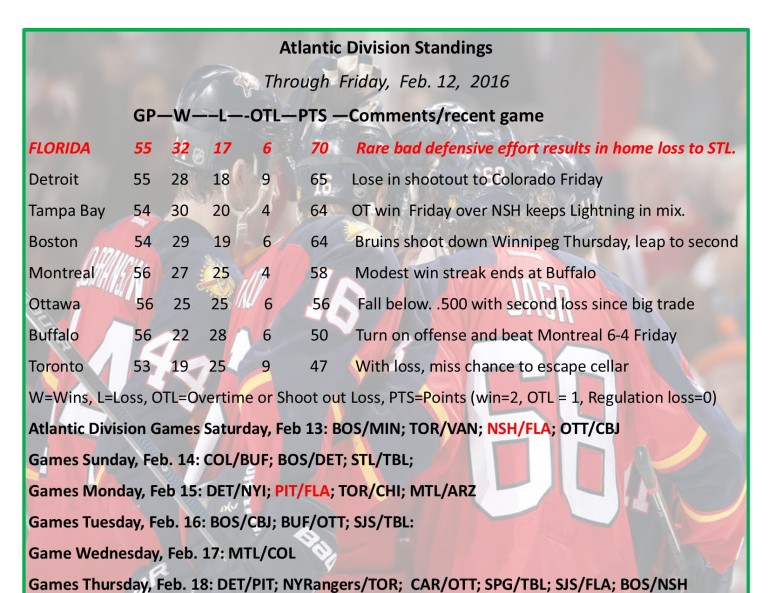 The Panthers try to put Friday’s loss behind  them tonight as they host Nashville at BB&T Center. The Panthers are 17-8-3 at home this year…The Pittsburgh Penguins visit Monday night. The last Pittsburgh game was a sellout. Tickets for these and all Panthers games are available at panthers.nhl.com.

An international tournament featuring NHL players will take place before next season. While Jagr has retired from international play a few times before, some like to speculate that he might play for the Czech Republic this fall.

In the mean time, the NHL season is heading into it’s final third with the thrilling NHL playoffs to follow.

Thanks for visiting JAGRometer.com, home of the Jagr-O-Meter. Subscribe free and get the latest edition as soon as it is released. Please share with friends and social media circles.