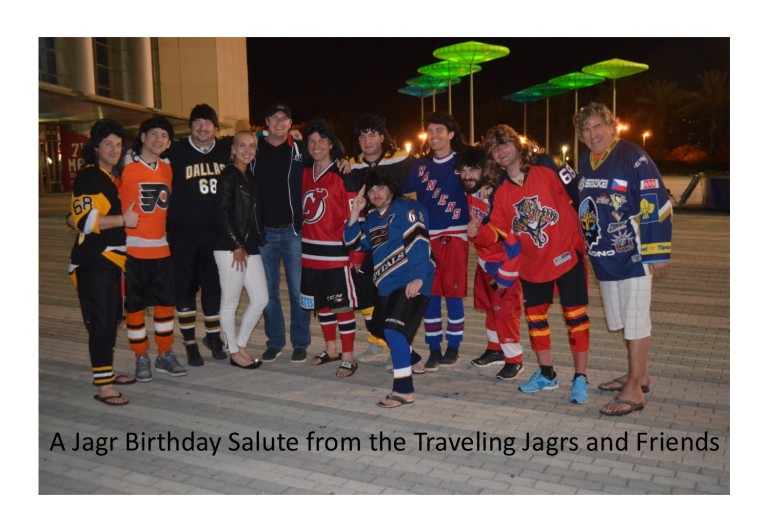 The Kladno Knights hockey team Jagr played for as a teen an now owns shared this message on its facebook page:

Happy birthday Jags! If he gets 2 tonight he ties B. Hull 3rd all time #jagr44

SUNRISE–Many people would like a day off on their birthday, but Jaromir Jagr will be working for the 10th time in an NHL game on the anniversary of his birth in 1972. In nine previous games Jagr has recorded 3 goals and 6 assists.

He’ll be playing the Pittsburgh Penguins, a team that seemingly has undergone as many ownership changes as his current Florida Panthers team since he came to the NHL in 1990. The 18-year old Jagr was an English-challenged rookie from the Czechoslovakia, which in later years would be separated into the Czech Republic and Slovakia.

Jagr spent 11 years in Pittsburgh and is second in all offensive scoring categories for that team to Mario Lemieux, a current owner of the team. Playing on two Stanley Cup Winners and winning five scoring titles were some of the statistical highlights. He has always been a fan favorite, much as he has been at most stops in his offensive minded career which has seen him compile 1842 points and a +304 rating in the NHL.

Staying in the game remains a priority for Jagr who has 17 goals and 23 assists for a team-leading 40 points for the upstart Panthers, currently leading the Atlantic Division.

Recently the Panthers have struggled,  especially defensively, as defensemen Eric Gudbranson and Captain Willie Mitchell have been sidelined with injuries. Brilliant center Aleksander Barkov, the center of choice for right wing Jagr and left wing Jonathon Huberdeau, has also missed games since suffering a concussion. The result has been Panthers coach Gerard Gallant’s period by period struggle to find the right combination of players to hold down the fort while the Panthers must employ four AHL players until the regulars get healthy.

At times like these the 4.5 hours of workouts a day must hurt a little more, but they are necessary to keep Jagr in the NHL.  The work is paying off. Usually done in private he continues to push himselfHe  is currently tied for 11th for scoring among the NHL’s 120 players employed at right wing among the NHL’s 30 teams.

As he takes the ice tonight against his former team, he is on the trail of two fellow NHL legends. Jagr’s 739 goals are two less than Brett Hull’s 741, third-best all-time. Jagr also has 1842 points, eight short of tying Gordie Howe for third all-time with 1850.

Earlier in the season the editor of  JAGRometer.com spotted Jagr on a Pittsburgh city street. He was thanked for returning to North America for playing hockey for us again. We wish him the good health to continue playing as long as his desire will push him.

A recent video that fits for the day:

Our favorite Jagr goal as a Panther:

It’s in Czech but the video and music make it work:

More for our  many Czech visitors: 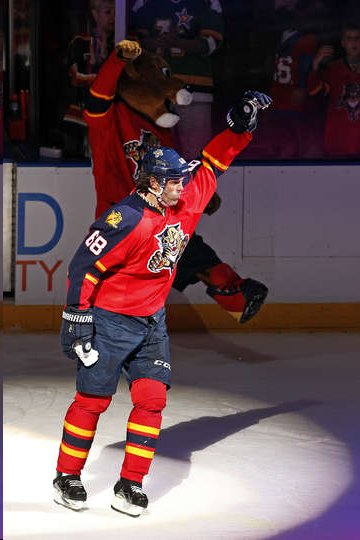 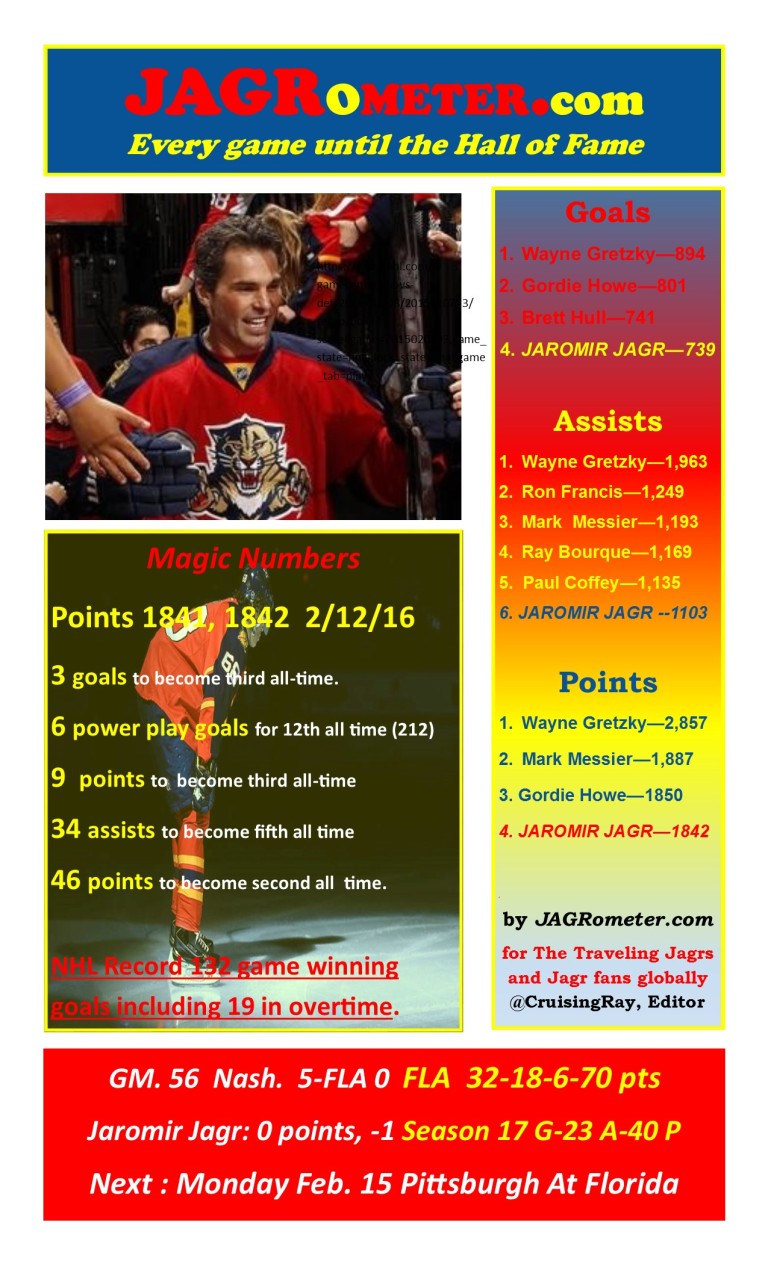 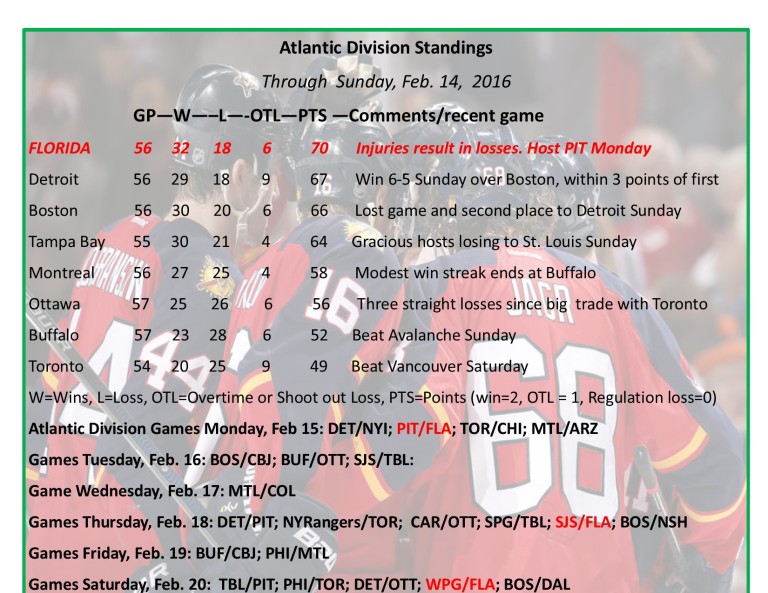 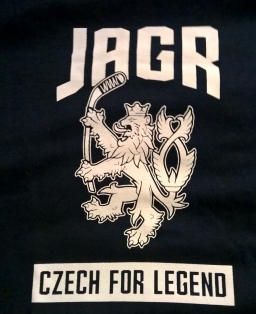 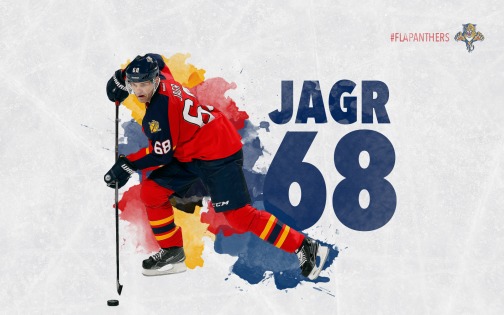