(SUNRISE)–Washington scored two third-period goals including the game winner by Alexander Ovechkin to top the Florida Panthers 4-2 Thursday night at BB&T Center. The Panthers are 2-1-1 after starting the season with two wins.

Jaromir Jagr scored his 750th career goal and 1170th career point to tie the game 2-2 in the second period with Florida enjoying a powerplay. Jagr’s first goal of the season was also his 210th career power play goal. Here’s the video:

Follow the link for the always oustanding full-game summary from NHL.com. 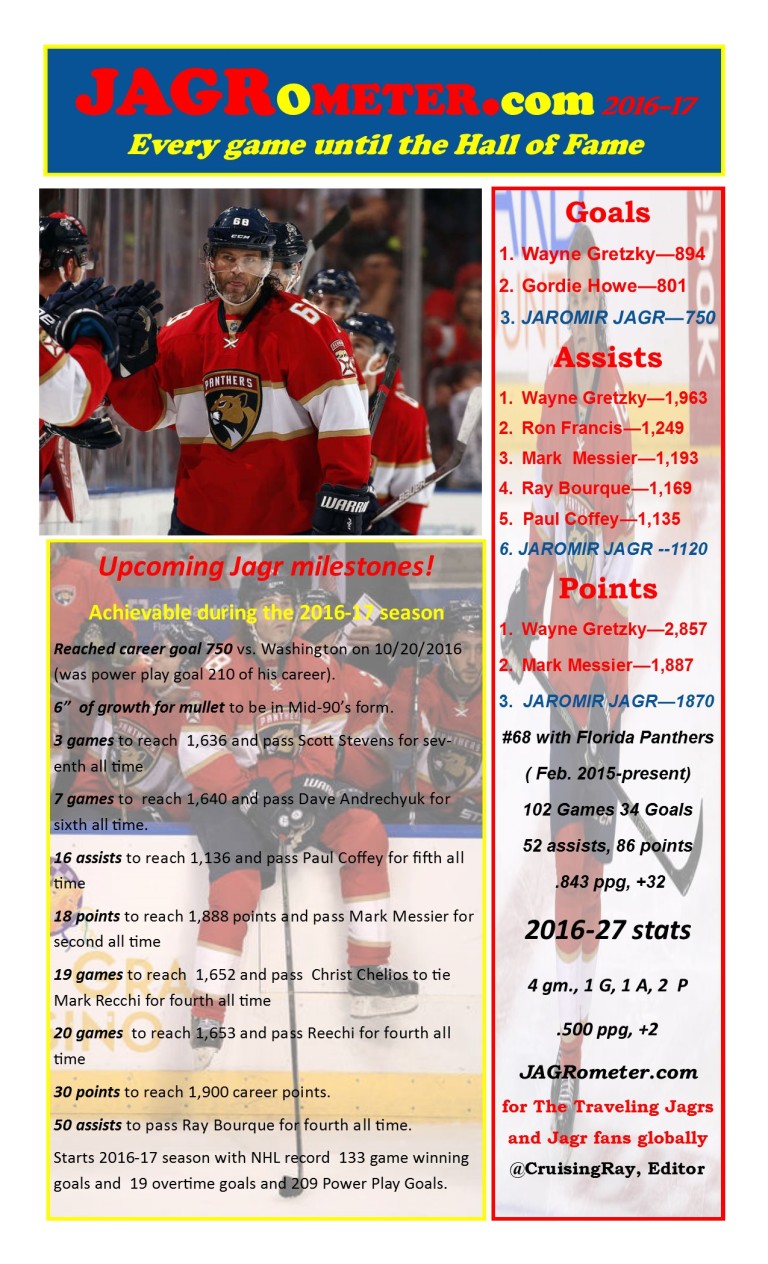 Tickets for all games can be secured through panthers.nhl.com. 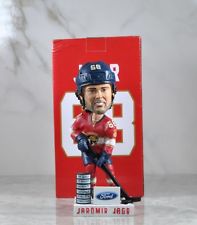 Ebay pricing for auctions in progress for the Jaromir Jagr Florida Panther Bobblehead on Oct. 20 were  $36-$37 for auctions ending Friday, Oct. 21.