SUNRISE–The Florida Panthers will honor Jaromir Jagr during ceremonies and events connected to  Friday’s game with the Nashville Predators at BB&T Center.

If it seems like there’s been a lot of celebrating since Jagr became a Panther at the trade deadline late in the 2014-15 season, it’s because he’s been passing fellow legends and reaching  nice round numbers since he became a Panther. His time in Florida has been another chapter in a resumed NHL career following his role as a marquee player during  three-year stint in Russia’s brand-new KHL.

Jagr started the 2011-12 season with the Flyers with 646 goals, 953 assists and 1599 points in 1273 games from the first 17 years of his NHL career which included five scoring championships. In the first phase of his career the only thing that could stop Jagr from producing points in the NHL was work stoppages.

After stops in Dallas, Boston and New Jersey, Jagr came to Sunrise with 716 career goals, 1068 assists and  1,784 points accumulated in 1530 games played. Since then there have been 28 celebrations of tying and then passing retired players or reaching big numbers involving games played, goals, assists and points.

An early Christmas present for hockey fans happened the week before the  recent holiday  break.  Jagr caught Mark Messier with a three-point effort Dec. 20 vs. Buffalo, then became the second all-time point producer two days later with an assist vs. Boston. The historic point included a rare in-game ceremony where he was presented with a golden stick from the Panthers.

In the Panthers loss to Winnipeg Wednesday Jagr passed Paul Coffey to become the 5th all-time set up man with 1136 assists on Craig McKegg’s first goal of the season.

With his original peers relegated to an occasional alumni game, Jagr has adapted his training and mindset to allow him to play first-line minutes with his 45th birthday five weeks away.

Since Jan. 1 the jerseys of all NHL players are sporting a commemorative patch outlining the 100th anniversary of the NHL. This is Jagr’s second quarter-century patch as he is the only one in history that could sport both a 75-year and 100-year NHL patch. This phoro does not mean Jagr will wear both patches but is a jagrometer.com mockup of what that would look like. 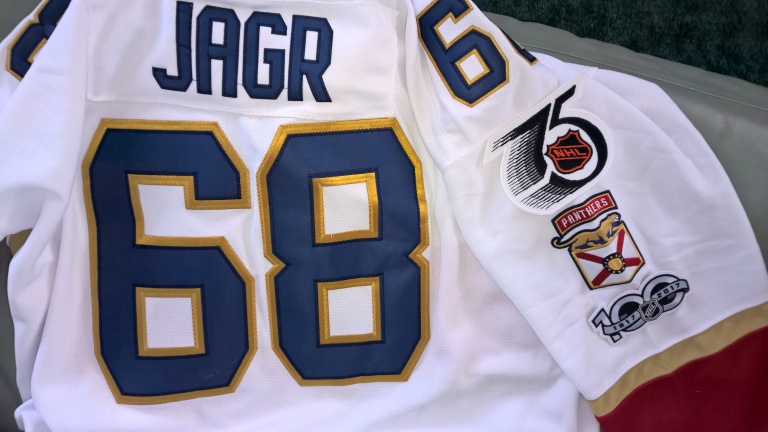 Those were big celebrations, below are listed noteworthy players and benchmarks Jagr has passed since joining the Panthers as well as the progress he’s made since returning to the NHL in 2011.

It will be a long time before numbers of this significance are celebrated again.

Below, our usual charts and graphs updated post-game to mark Jagr’s milestones. 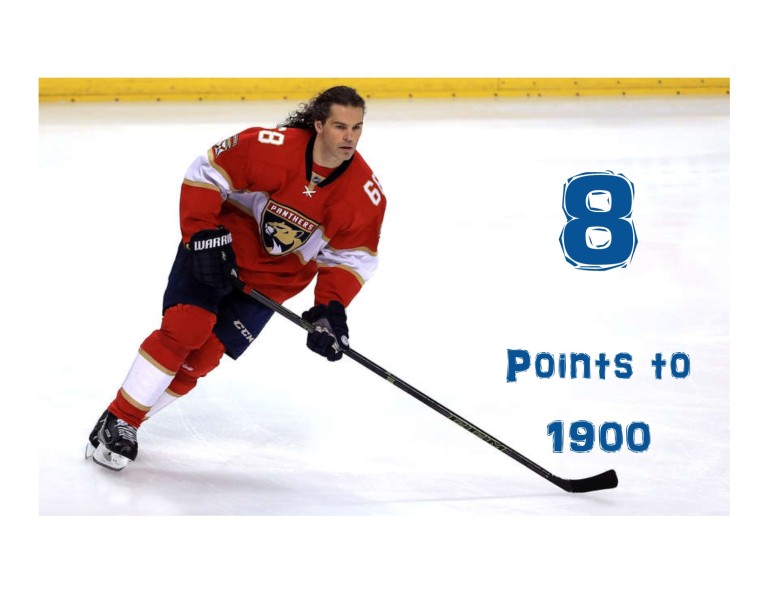 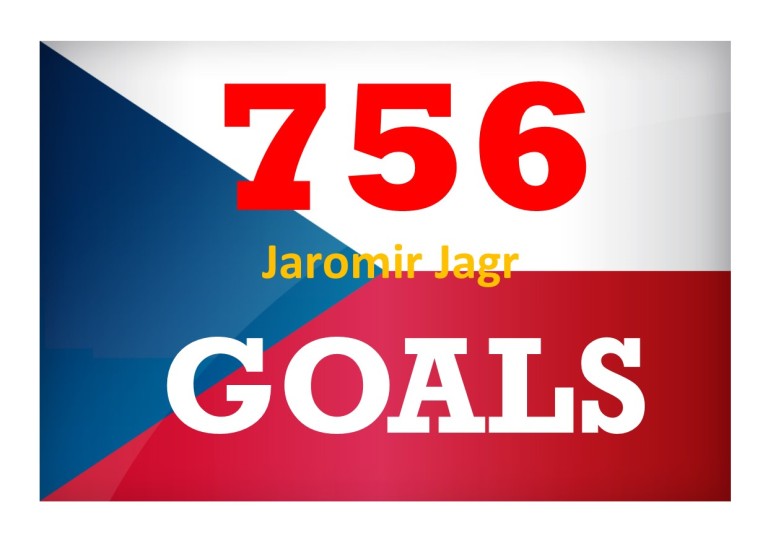 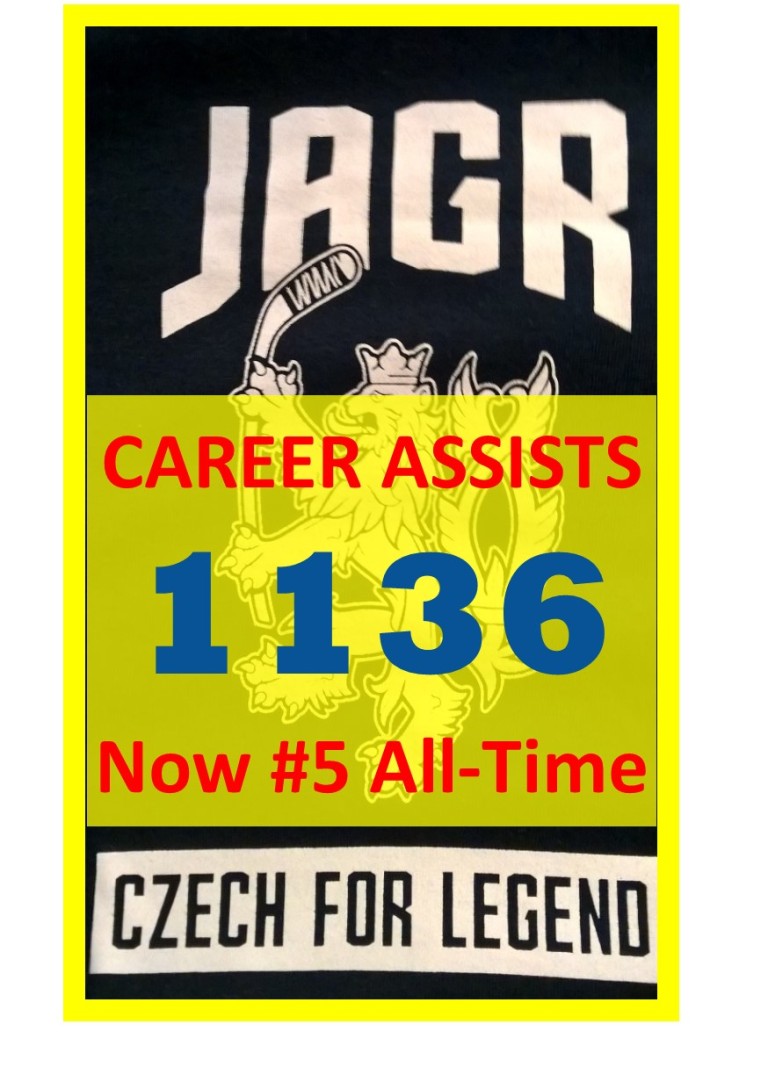 The Jagr-O-Meter, our one-stop graphic, updated after every game.

Fans attending the game will receive a special t-shirt and tickets are still available at http://www.panthers.nhl.com. Victory, a scarce commodity in recent weeks would be a nice for the the Panthers to cap tonight’s celebration of Jagr.

Jagrometer.com is compiled by Ray Haluska, a one-time professional hockey writer who covered the early years of Jagr’s career and was an acknowledged advisor to the autobiography of the Czech stars early years, “Jagr.” Contact him at ROKINRAY@aol.com or on twitter @CruisingRay