PITTSBURGH–With time running out in what was at that point an unwinnable game, Jaromir Jagr and his linemates Aleksander Barkov and Jonathon Huberdeau were still working hard, trying to score a goal and prevent a  4-0 shutout to the defending Stanley Cup Champion Pittsburgh Penguins.

Earlier in the 1700th game of his career, Jagr was honored with a video tribute from the team and a standing ovation from the fans who once universally adored him, only to see some of them turn on him after he left Pittsburgh via trade to Washington, and later when the team’s lowball offer to sign him after he returned from the KHL was topped by  bitter cross-state rival Philadelphia by a mere 70%.

Finally, nearly 16 years after he left town, the long overdue tribute played, including great highlights from his 11 years wearing the Penguin, twice as a Stanley cup champion and five times as a scoring champion. At the end of the video, a standing ovation.  As he sat on the rail of the bench Jagr raised his fist in the air and tapped his heart three times, once more than when he passed Mark Messier to become the number two scorer in NHL in December.

A few things likely worked to make the ovation louder than it might have been otherwise.

Throughout this season the NHL network and home cable network, ROOT Sports, presented the the history of the 50 year history of the Penguins and how Jagr’s heroics in playing injured and scoring two goals in a 1999 playoff game allowed the team to advance to another round of the playoffs and generate enough revenue from those games to stay financially solvent and remain in Pittsburgh.

During the all star weekend in January, the NHL announced it’s list of the 100 all-time players. Jagr was captured in pictures talking to two of his old linemates, hall of famers Ron Francis and Mario Lemieux, also owner of the Penguins. Lemieux revealed Jagr’s #68 likely be retired someday. One obstacle to that is, one day jagr will have to actually retire. 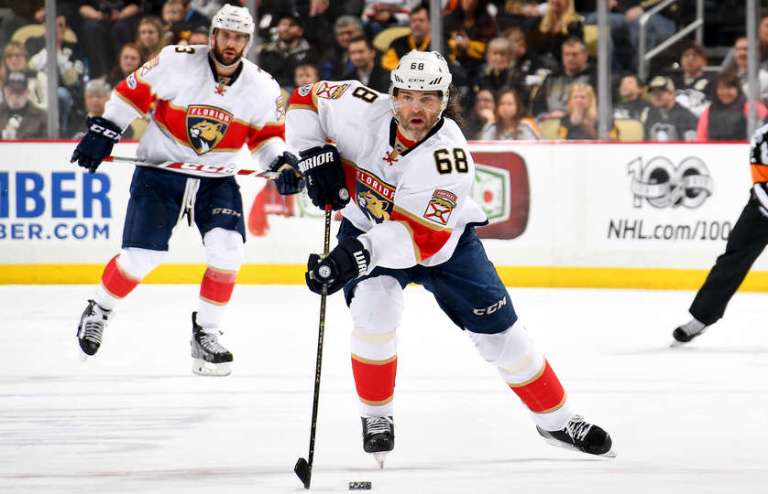 As for the game, it was only 1-0 Pittsburgh through 20 minutes after a Patric Hornquist goal, but three from Sidney Crosby made it an easy day for the home team.

Highlights and stats from the game from nhl.com can be seen here…

Another busy day for The Traveling Jagrs

Pittsburgh was the second stop of the Traveling Jagrs two-stop US tour for the multi-jerseyed fan club of the legend, who felt Pittsburgh was a natural stop for their tour and were glad to witness Jagr’s 1700th game and participate in the standing ovation. As usual, there were 100s of requests for photos before and after each period. Due to logisitical demands it was a weekend rather than a week and Florida was not part of the itinerary this year. 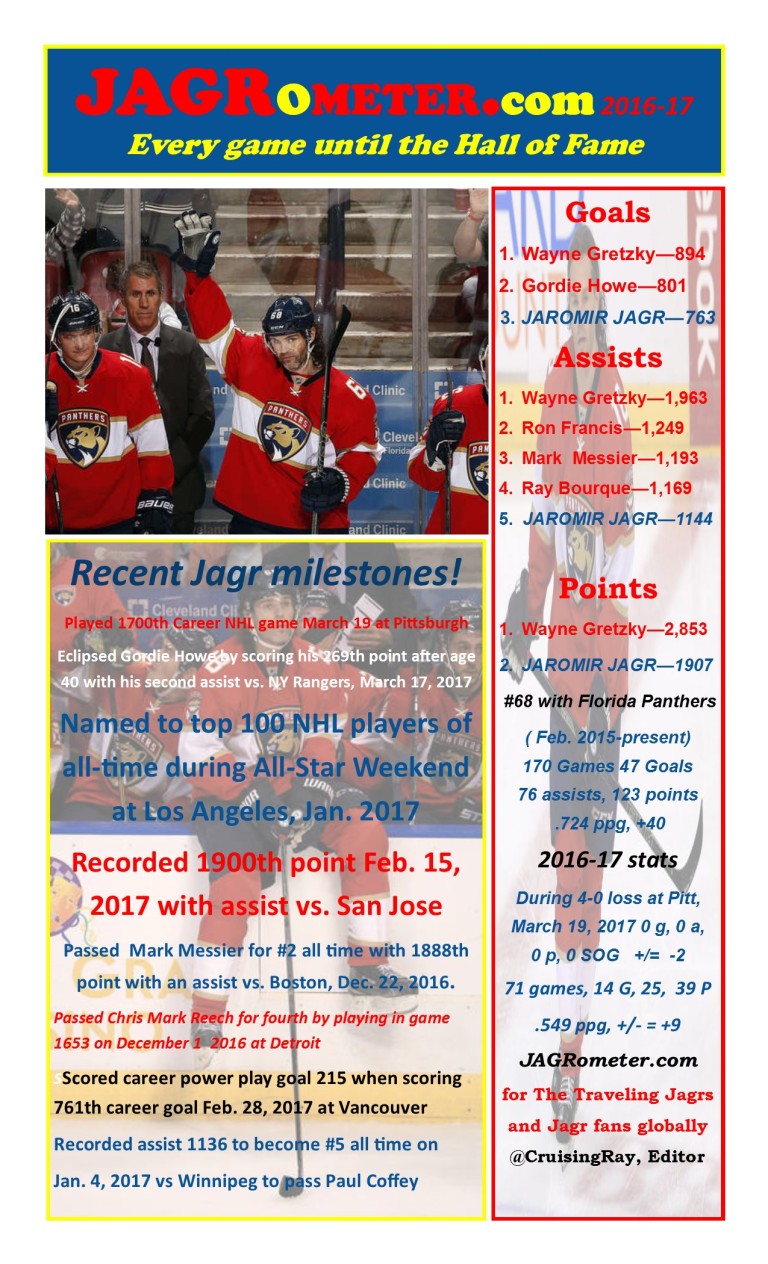 Making the playoffs is a 200:1 shot at this point, but the Panthers and Jagr will keep on trying as….THE LEGEND CONTINUES! 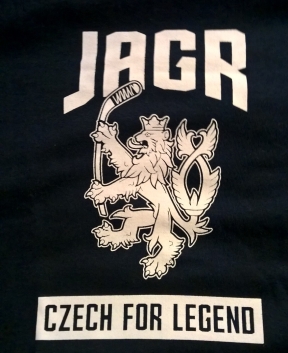