NEW YORK–It’s hard to believe 11 NHL seasons have passed since the glorious 2005-06 season when Jaromir Jagr, then a New York Ranger, set team records for 54 goals and 123 points in a season, but here we are, in 2017, and there are still young kids wearing Rangers jerseys with #68 on them, even though it has been twice a many years as they have been living since he has played for their beloved Blueshirts.

Even though the space odyssey of Jagr’s career has spanned the continents of Europe, Asia and North America, #68 still finds significance in regular seasons games, in his case, his 1699th. The Legend mustered up a two assist night on St. Patrick’s Day as the Florida Panther’s reversed a 2-0 deficit in the first five minutes. Jagr assisted on Jonathon Huberdeaus chipaway  goal and Aleksander Barkov’s  go-ahead score. The Rangers tied the game but the Panthers won in a shootout on Barkov’s goal. Barkov admired Jagr as a kid and  is the rare athlete in sport that gets to live the dream of playing the game he loves with his favorite player. 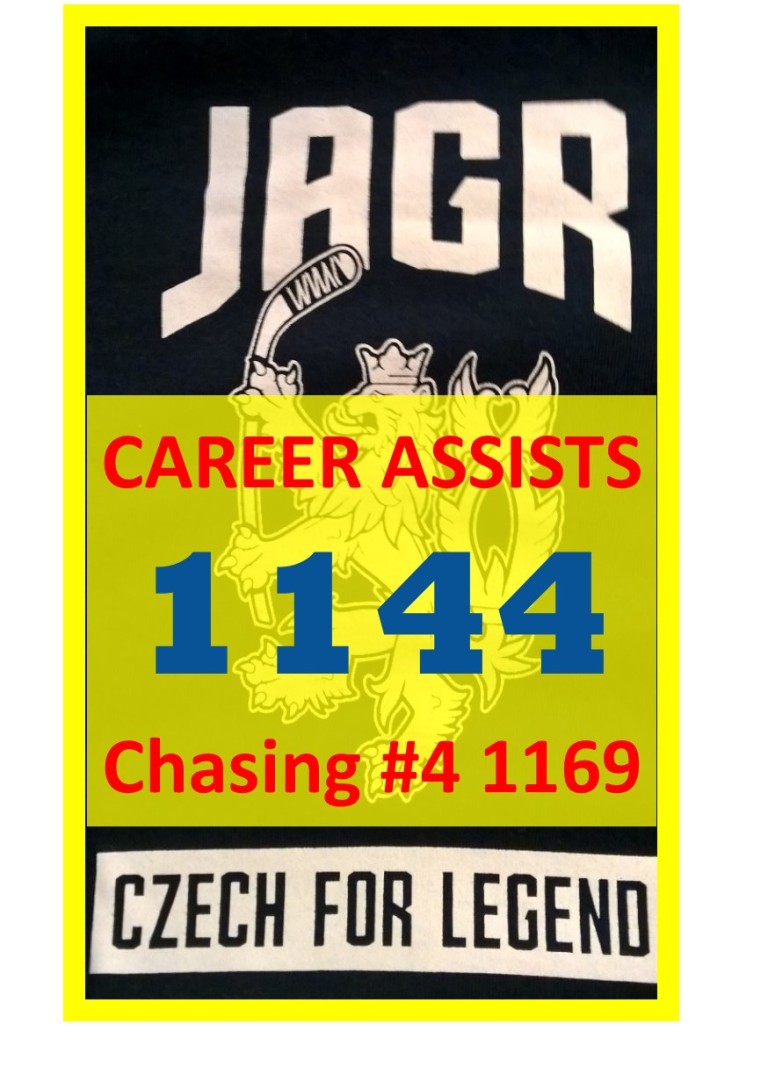 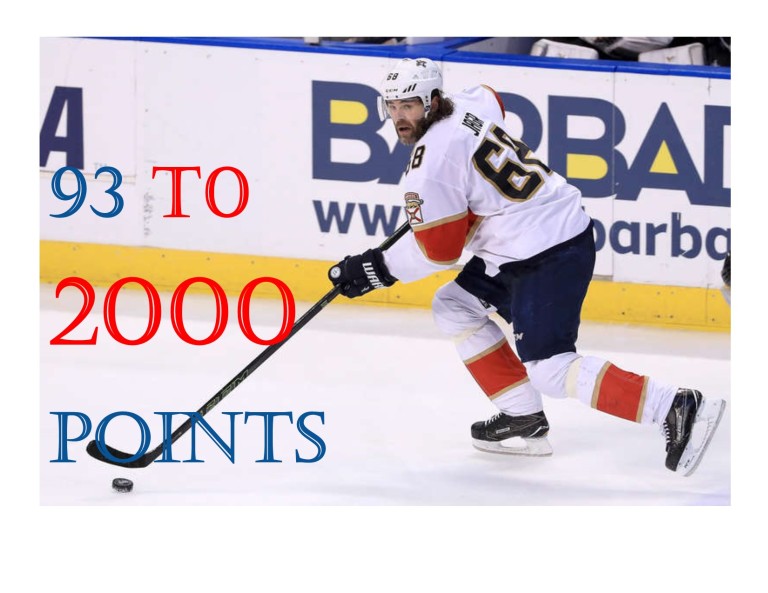 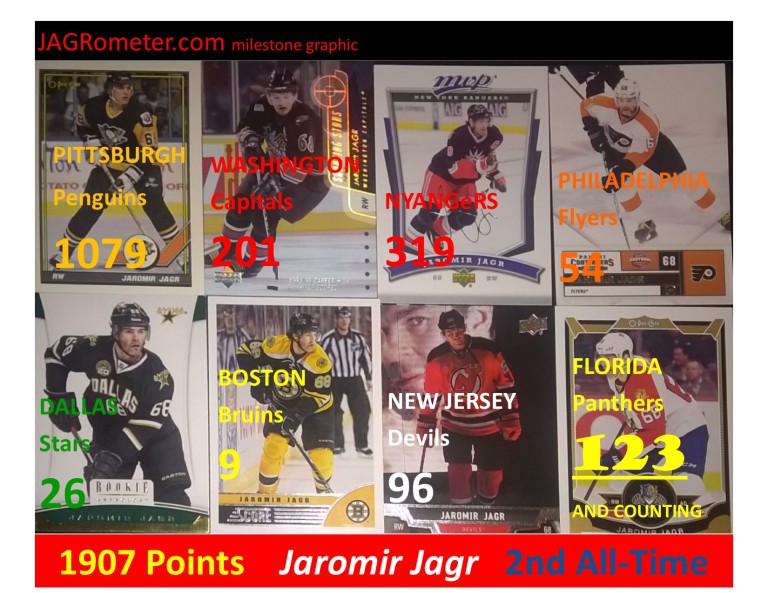 For Jagr, the assists gave him 1907 career points, and his post-age-40 points now total 269, having passed Gordie Howe, who held the mark of 268 since he retired in the early 80s.

The Rangers Mats Zuccarrello had two goals and JT Miller one. Several other Rangers shots had the Garden faithful fans at the edge of their seats with near misses that magically stayed out of the net. Once it gets to overtime or the shootout, anything can happen, and on this St. Patrick’s Day it was the visitors from Florida with the four-leaf clover.

Highlights and stats of Panthers win over Rangers from nhl.com

Panthers and Jagr through 70 games 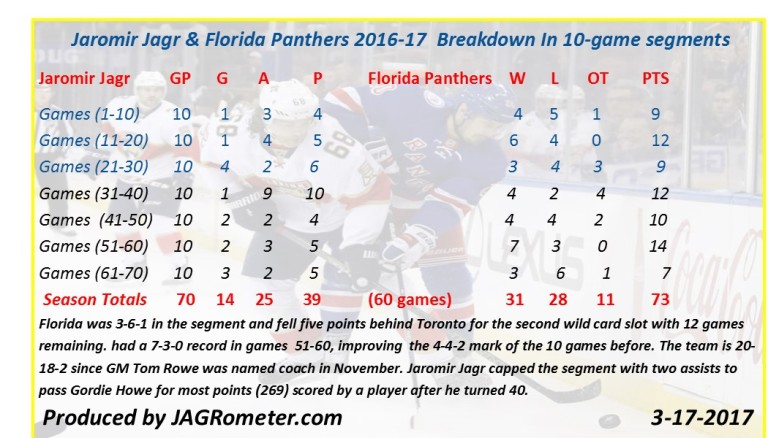 Traveling Jagrs welcomed by NYC and the Legend

It started at the airport in New Jersey, where a businesswoman had to have her picture taken with the Traveling Jagrs before she caught a shuttle van.She smiled and called it with all sincerity, “The highlight of my week.” Once in the city the nine man group walked to the NHL store (which was a little further than perhaps they bargained foe) but made a few friends along the way, including a sports producer who was thrilled to use the extra ticket left for him at will call.

Once at the store the group leader Dallas Stars Jagr did an interview with NHL.com and the group marched back to MSG, enjoyed some pizza, then got their tickets. The photo requests never stopped coming, and their motto of, “One more,” superceded their normal motto of “We don’t root for either team, we root for Jagr.”

Catching the eye of the Legend

Or was it the ear? However it went, the group was about 20 rows up during warmups and cheered each time Jagr skated by. Finally, Jagr saw, smile and fist pumped the group to the delight of the Travling Jagrs and everyone on that side of the ice. It was a moment of great warmth and one jagrometer.com was proud to experience. 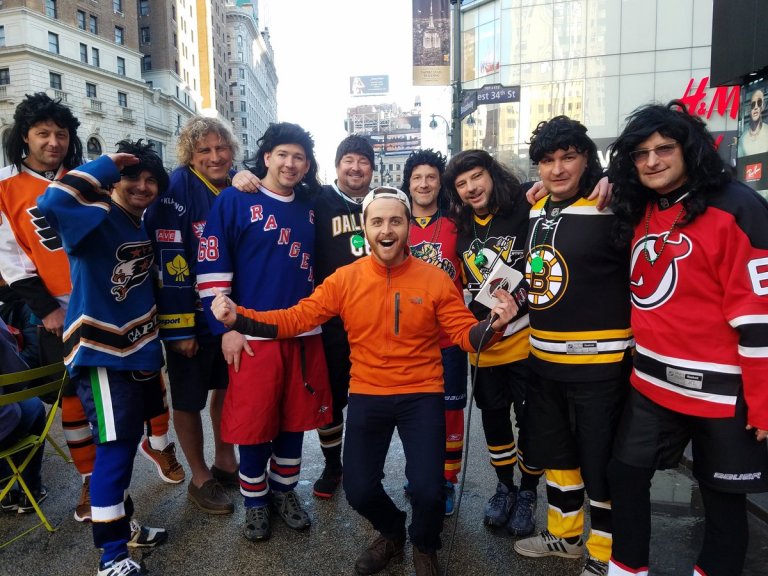 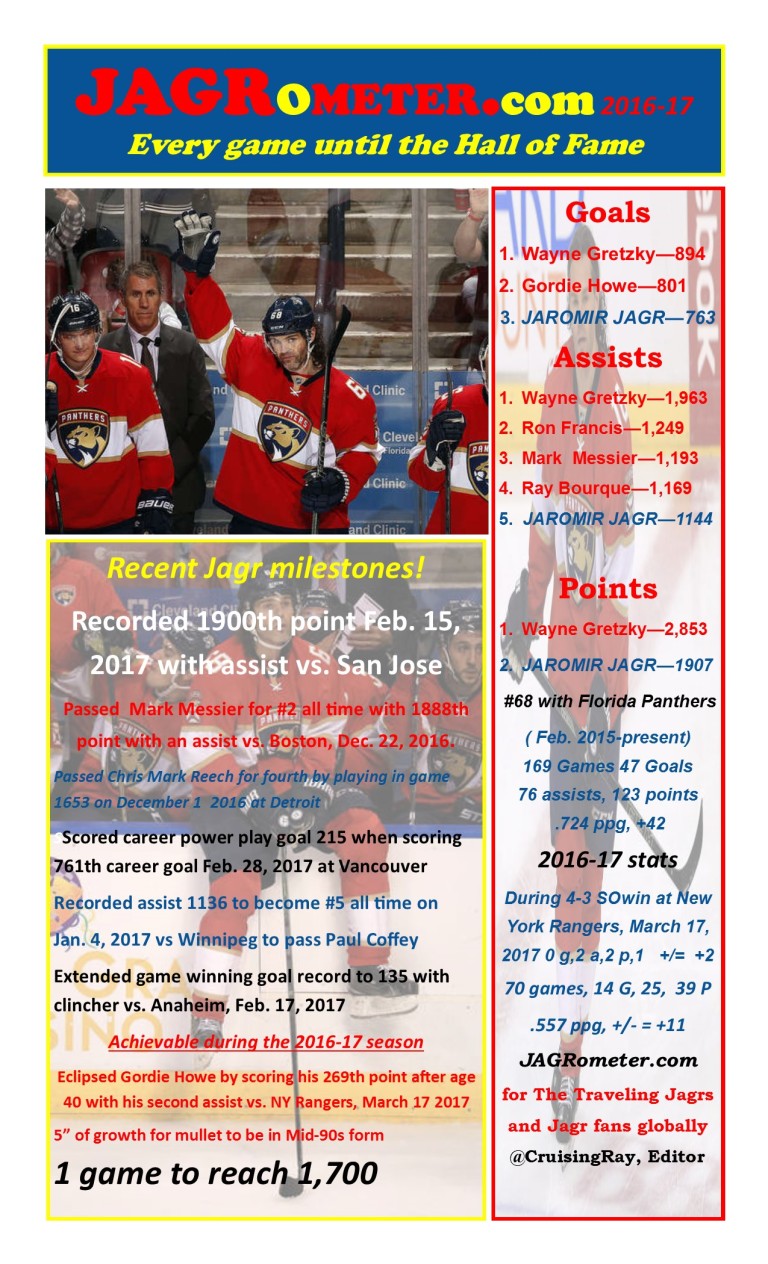 Sunday the Traveling Jagrs and Jagr and The Florida Panthers will be against the Penguins in Pittsburgh, the city where it all started for the Legend. 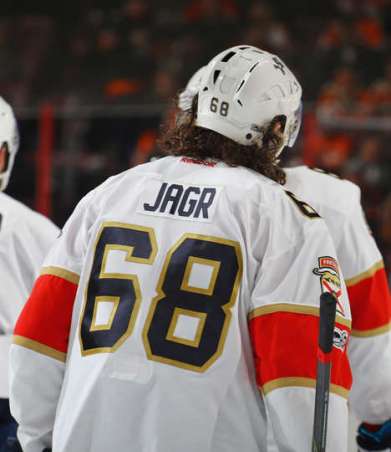 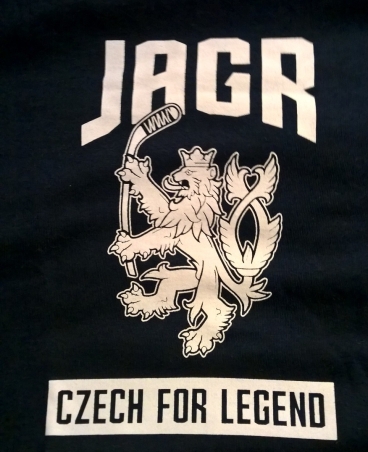