BOSTON–Unable to overcome increasingly astronomical odds the amound of games remaining and futility and left the Florida Panthers out of the NHL playoff picture following a 6-2 loss to the Canadiens Thursday night in Montreal.

One chance for dignity for the struggling team comes this afternoon in their last remaining chance to be a spoiler this season with a Saturday afternoon special against the Bruins in Boston. The Bruins hold a three point lead over Tampa Bay for the second wild card position of the Eastern Conference.

Lowlights, stats of loss to Montreal from nhl.com

The Panthers were playing without Aleksander Barkov or either of their NHL goalies Roberto Luongo or James Reimer.

Where is Jagr playing next season?

Nobody knows, maybe not even Jagr. You won’t find out from any of the “crudentialed” media in South Florida  because NONE of them have the necessary working relationship with him to have that information to get it out of him.

There are MAYBE three reporters in the USA he would tell and one or two overseas and NONE cover the Florida Panthers.  I am in personal contact with two of them.  If they knew they MIGHT tell me on promise of secrecy which I’ve been able to maintain in the past.  So don’t get in a panic over the rumors because that’s all they are.

Advantages for Jagr to play for the Panthers:

1.) The coaching situation in Florida. Not sure if Jagr or ANY of the Panthers enjoy playing for interim coach Tom Rowe. For a guy that is also the GM, the guy that negotiates the contracts, few players have played inspired hockey. Through this rough season Jagr has maintained a professional demeanor.

2.) If Rowe is told to #PACKHISSTUFF, the next coach would have to want Jagr around. Bruce Boudreau ran Teemu Selanne out of the NHL before he was ready. If the ego of the new coach can’t handle being around a legend of the game, then there will be problems. Certain coaches would be bad news right off the bat, especially if their last names rhyme with Evens or Boats.

3.) Gambling jokes aside, new settings energize Jagr and no matter who else they bring in, he would be the man. But who would help him? There aren’t likely any players like Huberdeau or Barkov to be snapped up by the Golden Knights in the expansion draft.

4.) Some established team that could win it all next year. Had I not witnessed it myself in Pittsburgh, the standing ovation Jagr received during the Panthers recent game there moved the former Penguins captain. Passing Mark Messier prompted to become the second all-time leading scorer earlier this season resulted in Jagr pounding his heart two times in response to the crowd. The ovation in Pittsburgh resulted in three taps. He’d be a top-five scorer with the Penguins with his 42 points, or most any other team, though might have to adapt to being moved up and down the lineup.

5.) A new team with up and coming talent that could use a good example. Kind of like the Panthers were when he arrived. Have the Panthers stopped listening, following? Would a team like Edmonton, which has made overtures in the past, or Carolina, which old linemate Ron Francis runs make a bid?

So when a local “crudentialed” journalist retweets a Czech reporter based in Prague basing a story on a cab ride with unnamed players RATHER THAN DOING SOME REAL REPORTING AND TALKING TO SOME PLAYERS AND ATTEMPTING TO SEE IF THERE’S ANY FACTUAL BASIS TO THE STORY, don’t get in a uproar. If someone says Las Vegas might be interested, of course they would, to a degree. But they already sold 16,000 season tickets and could have sold more but capped sales.

Since returning from the KHL Jagr has carefully evaluated his options before signing a deal. Money plays into it, but the setting is important, too. He wants to play what he has proven he warrants–top two line time, power play time and hopefully a chance to return to the playoffs. He’s maintained his part of the bargain, training up to four hours a day, and it looks like he’s alone in those workouts. On a few of those goals in that dreadful loss to Montreal the other night, Jagr was the the first forward back, not the second defenseman or one of the younger, faster forwards.

My unsolicited advice to the Panthers: If interested, make a legitimate offer as soon as possible and resolving the coaching situation is also part of the equation.

The Panthers are sponsoring a viewing party at Bokamper’s Sports Bar and Grill, 1280 South Pine Island Road, Plantation, FL 33324. Let’s see if the Panthers and Jagr can play an April Fools prank on the Bruins this afternoon as ….. THE LEGEND CONTINUES! 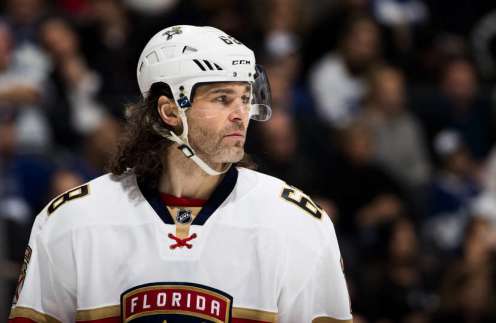 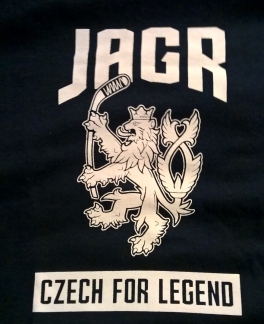