(VANCOUVER)–Calgary defeated Vancouver 5-2 Saturday night, rebounding nicely from a 6-0 loss at home the night before. Jaromir Jagr collected his first point as a member of the Flames, an assist on a give and go play in traffic finished off with John Gaudreau’s third period power play goal.

The play and other highlights can be seen in video from nhl.com.

Additional coverage from nhl.com can be seen here.

Jagr spoke to the media after the game. 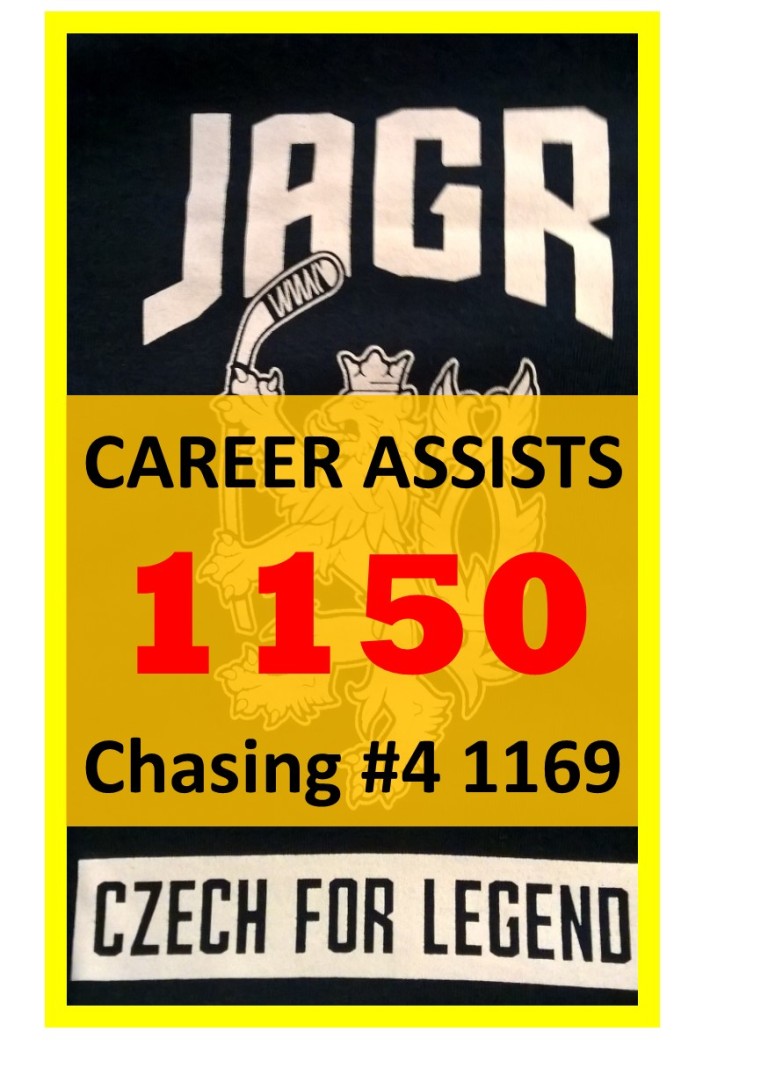 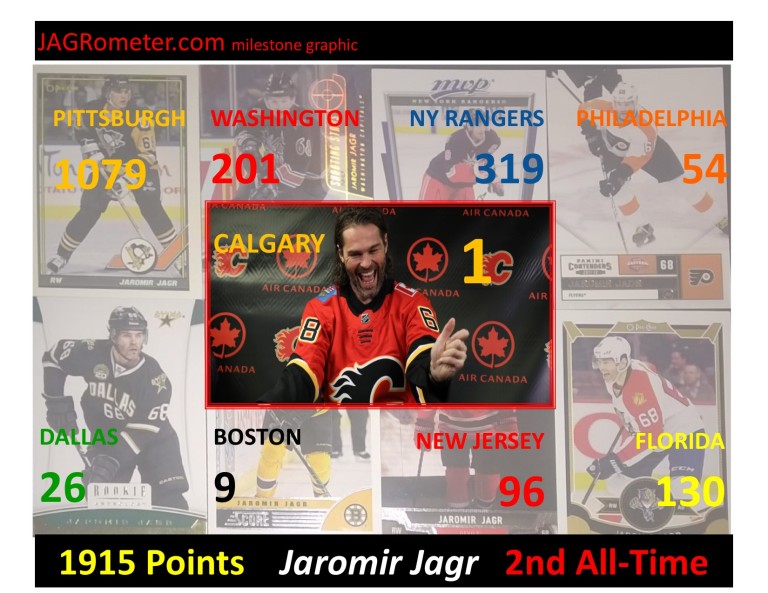 Our jagrometer.com graphics are updated whenever Jagr collects another game played, scores a goal or adds an assist. With his pursuit of Gordie Howe’s 1767 career game mark, the Jagr-O-Meter will be updated every game so you can plan on seeing him break the record. A healthy, productive Jagr should catch Howe in late February, 2018. In the mean time he’ll try to reach his 1170th assist which would place him fourth all time. The points breakdown card shows how many points he has scored with each NHL team. Until the new hockey cards are out, we have to make-shift the Calgary card until one appears in print and is acquired. The points to 2,000 gives the latest countdown as Jagr tries to become the second player in NHL history to reach that mark. While Jagr has suggested this could be his last NHL season, a strong to great season could have him come back and play another season. jagrometer.com believes he’s capable of a 55-point season which would leave him 31 short of 2,000. It starts with one, like the assist Jagr gained in Saturday’s game. Jagrometer.com will keep you informed on this exciting season north of the border for #68.

Also, a message for our Czech readers.

In recent years Czech fans, either visting from Europe or USA-based, have been seen wearing the #68 Czech national team jersey, wearing wigs like the Travelling Jagrs and waving the Czech flag.  Most arenas will allow the flag if you wear it as a cape. Please visit the USA or Canada this year and feel free to write to me for advice on planning your trip. Air BnB is popular for those trying to get the most of their travel budget. Most NHL cities have other interesting things to visit to supplement your vacation to the USA and Canada with enriching experiences.