CALGARY–Jaromir Jagr  notched his 540th career multi-point game, second only to Wayne Gretzky, as his goal and assist earned him first star honors in the Calgary’s 6-3 victory over Detroit Thursday night at the Saddledome. 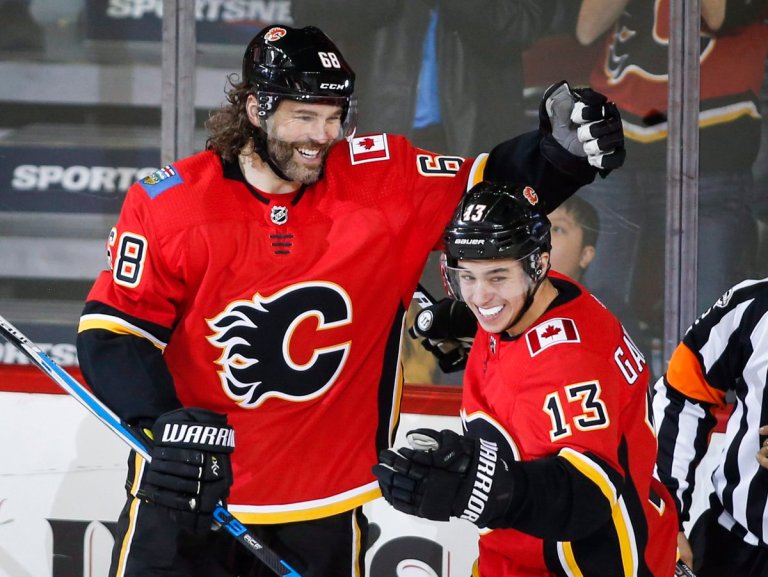 With two points in his first six games with the Flames the few fans who don’t get the whole Jagr phenomenon will  have to watch and see that 1918 points didn’t come by accident as the pair of points gives him four in seven games he’s played for the Flames.

Jagr assisted on Mark Jankowski’s first career NHL goal, as a rebound of Jagr’s first shot on goal of the night bounced off his body and into the net to give the Flames a 1-0 lead.  It marked the 12th different player Jagr set up for their first NHL goal. Video courtesy of nhl.com.

Photo snapped off the TV

Late in the second period, and shortly after Detroit scored to close the gap to 4-2, Johnny Gaudreau  started a two on one play and found Jagr who converted the pass for his first goal with Calgary and the 766th goal of his career. 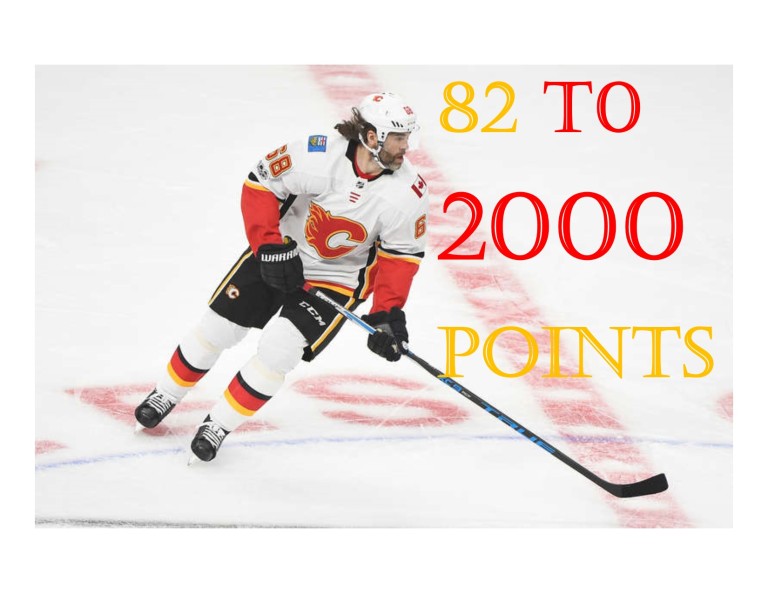 Full coverage of the game from nhl.com can be seen here.

Late in the game Jagr dominated his younger opponents with displays of power and speed, yes speed as he nearly picked up another goal and kept the puck in Detroit territory as the desperate Red Wings were unable to mount any sort of rally to close what was a two-goal deficit until Gaudreau’s empty net goal was the final shining candle in a victory that raised Calgary’s record to 9-7-0.

While there were many happy players and fans who left the Saddledome Thursday night, the happiest may have been the young lady who received an autographed  stick from Jagr as the legend was named first star of the game.

Jagr spoke from the bench after the game. Courtesy of FlamesTV