SAN JOSE–The Calgary Flames lost the lead late and then the game 3-2 in a shootout. The long delayed milestone of Jaromir Jagr tying Ron Francis for 1731 games played was finally achieved by the Czech right wing, who has missed 16 games for Calgary this season. Jagr had three shots on goal and took a minor penalty for the Flames.

Jagr is set to claim sole possession of third place as the Flames play Friday at Anaheim. Jagr’s return comes at a critical time as Calgary has lost Michael Frolik for at least a week due to puck shot to his face by San Jose’s Brent Burns. 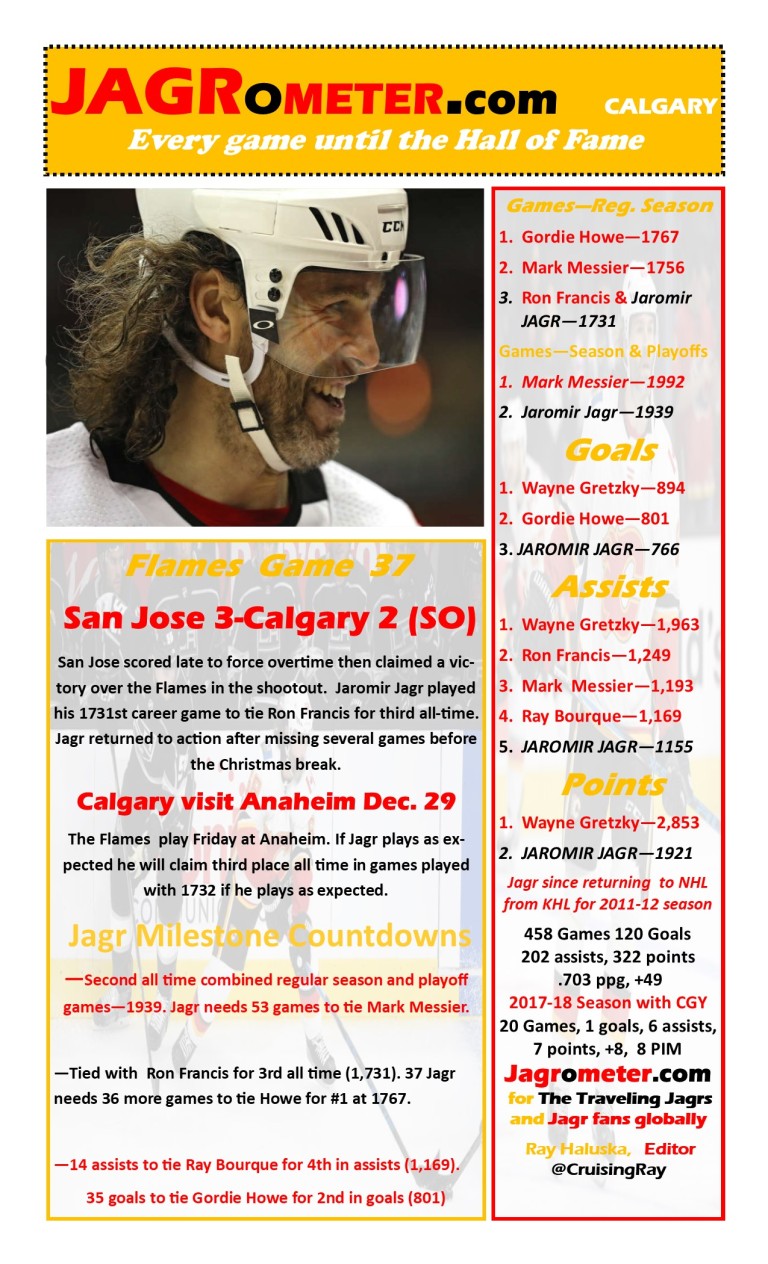