ANAHEIM–The Calgary Flames fell to 18-16-4 after dropping 2-1 decision Friday night against the Ducks at Anaheim. The Flames are 0-2-1 in their last three games. Jaromir Jagr played in career game 1732 to become third all time as he passed former teammate Ron Francis.

If Jagr stays healthy he could catch #2 Mark Messier and #1 Gordie Howe by seasons’s end. In an unusual occurrence for him, Jagr has missed 17 games this season–three as he signed on opening night and 14 at various times through the first half of the season with a lower body injury, which throughout his career has been a groin-related issue. The usually resilient Czech rightwing has only missed 11 games combined in the five seasons prior to this season, his first with Calgary.

Jagr was held without a point and was -1 against the Ducks, who’ve struggled to score goals recently. Top scorers Johnny Gaudreau and Sean Monahan have only registered two assists each over the last five games. 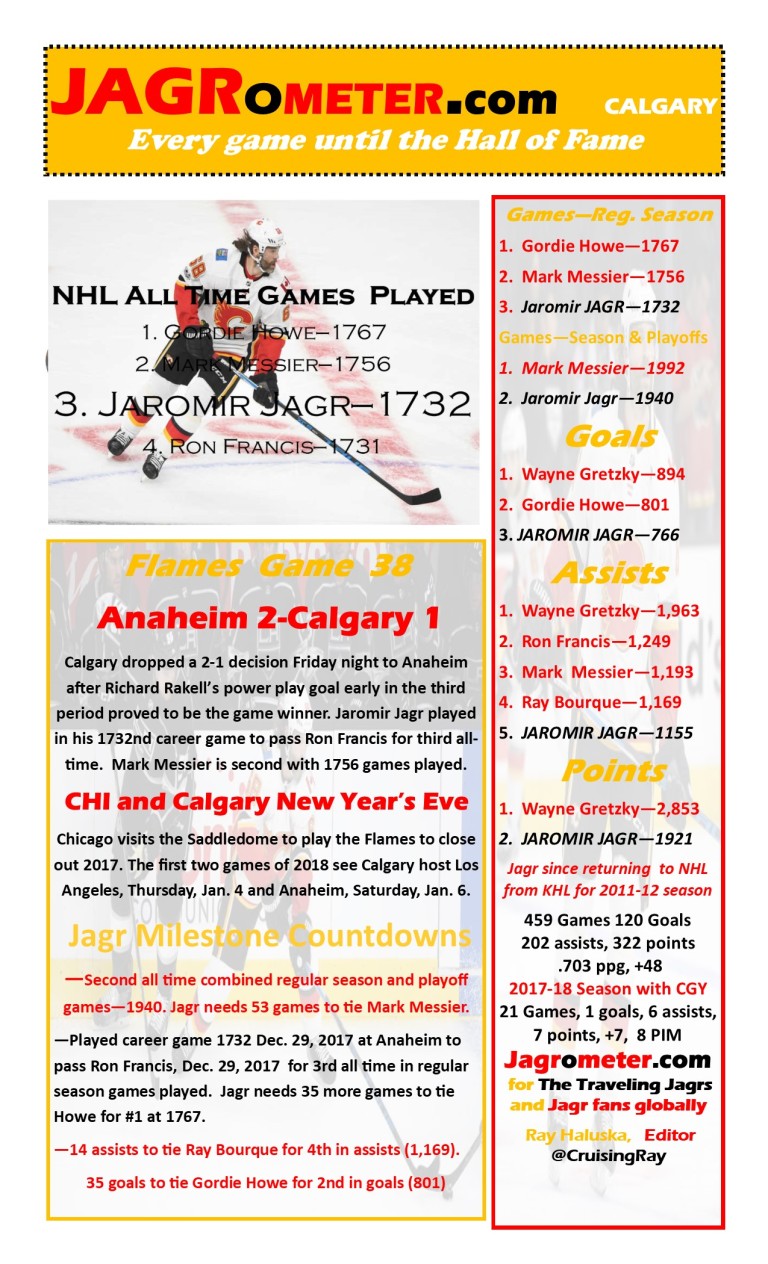 Chicago visits New Year’s Eve as they’ll play the Flames to close out 2017 at the Saddledome.