SUNRISE, FL–The Florida Panthers hope to stay as hot as the unseasonably warm winter and will try for their fifth straight win Tuesday when they host the Ottawa Senators for a game with significance for the NHL’s Atlantic Division

The Atlantic Division, once seemingly in uncontrollable grasp of  Montreal has seen the chasers collectively get hot while the Canadiens have been in a historic collapse. The result is five teams separated by four points with all contenders playing Tuesday night, the last before the mandatory three-day Christmas break. 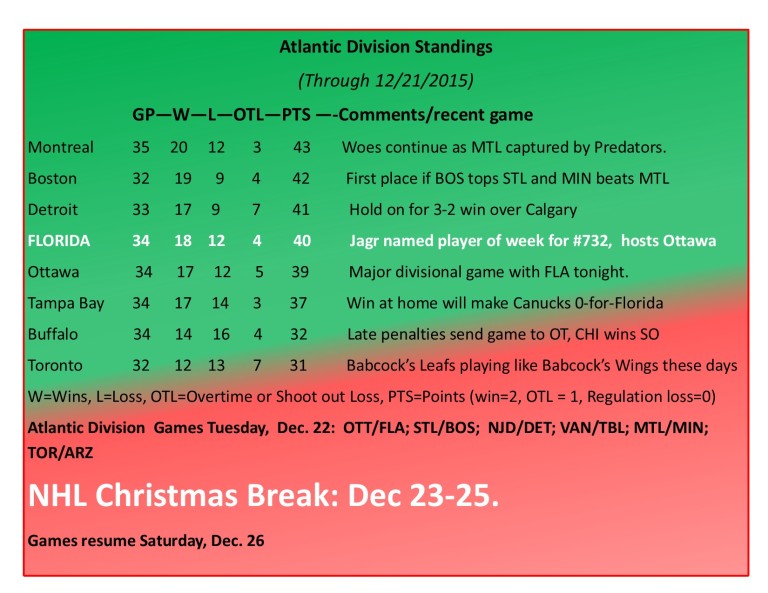 One only need to look at the standings to see how tonight’s game could impact the current order.

In other news, Jaromir Jagr’s #732nd goal, scored in Sunday’s win over Vancouver, earned the legend first star of the game AND PLAYER OF THE WEEK honors. 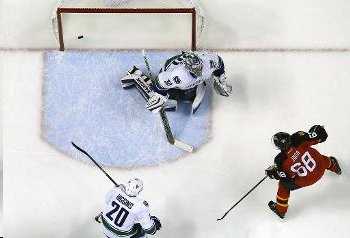 As linemates Jonathon Huberdeau and Aleksander Barkov battled Vancouver players for control of the puck, Jagr manuevered in the right wing corner hoping for the pass to come that he slammed home.

jagrometer.com  shared the highlights of 732 in our previous edition which also meant updates to the Jagr-O-Meter. 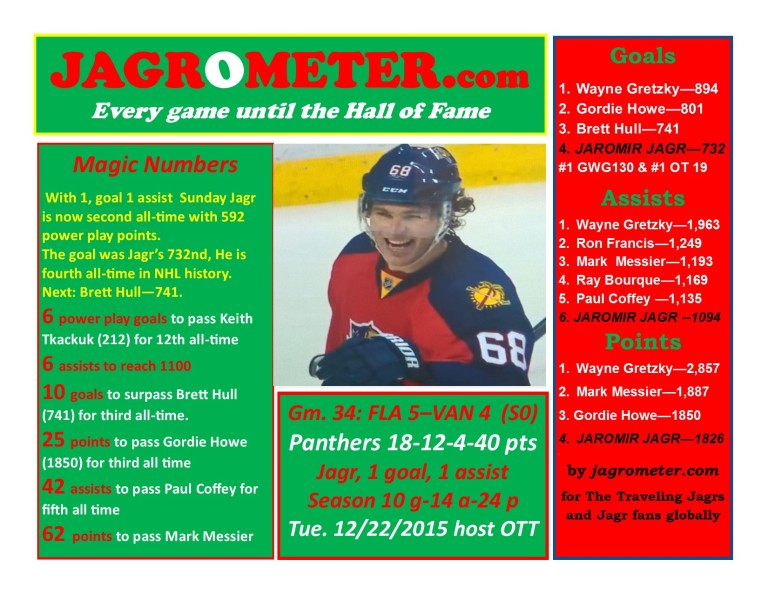 A recap of tonight’s game will be presented overnight. Following tonight’s game, the Panthers play their next game when Columbus comes to the BB&T Center, the third of the Panther’s six-game road trip, which continues until Jan. 3. Treat yourself or friends to an upcoming game with a package or tickets at http://www.floridapanthers.com.

Twitter fans, let’s get these #’s going: #ChasingHull741 and #ChasingGordie1850.