OTTAWA–First place Florida’s four-game win streak ended with a 3-1 loss at Ottawa Thursday night. Jaromir Jagr had the only goal for the Panthers, his 27th of the season and the 749 of his career. 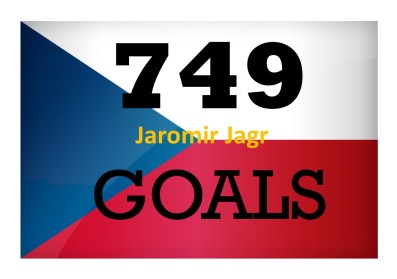 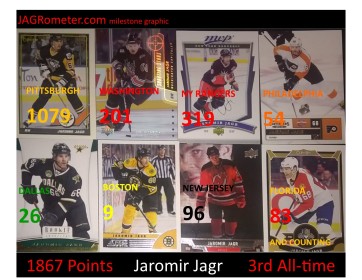 The Jagr goal also produced the 1867th point of the legend’s career and his chase for the second all-time slot held by Mark Messier with 1887 and also 1900 points will have to wait until next season, hopefully as a Florida Panther.

A small highlight package from NHL.com can be seen here.

Jagr spoke to reporters after the game.

.@68jagr says the @FlaPanthers wanted to make sure they put up a fight in the third period Thursday night.

https://twitter.com/i/videos/tweet/718274070966435840?embed_source=clientlib&player_id=0&rpc_init=1
Jaromir Jagr says Panthers wanted to have good 3rd period
Florida Panthers winger Jaromir Jagr says it was important for the team to come out in the third period and show some fight in the loss to the Senators.
The Panthers close the regular season when they host the Carolina Hurricanes Saturday night at BB&T Center. Tickets for that game and playoff games are available at panthers.nhl.com.

The New York Times published an interesting article on Jagr Thursday. With the times you get a limited number of free articles before being shut down from the site. This article is worth the effort. 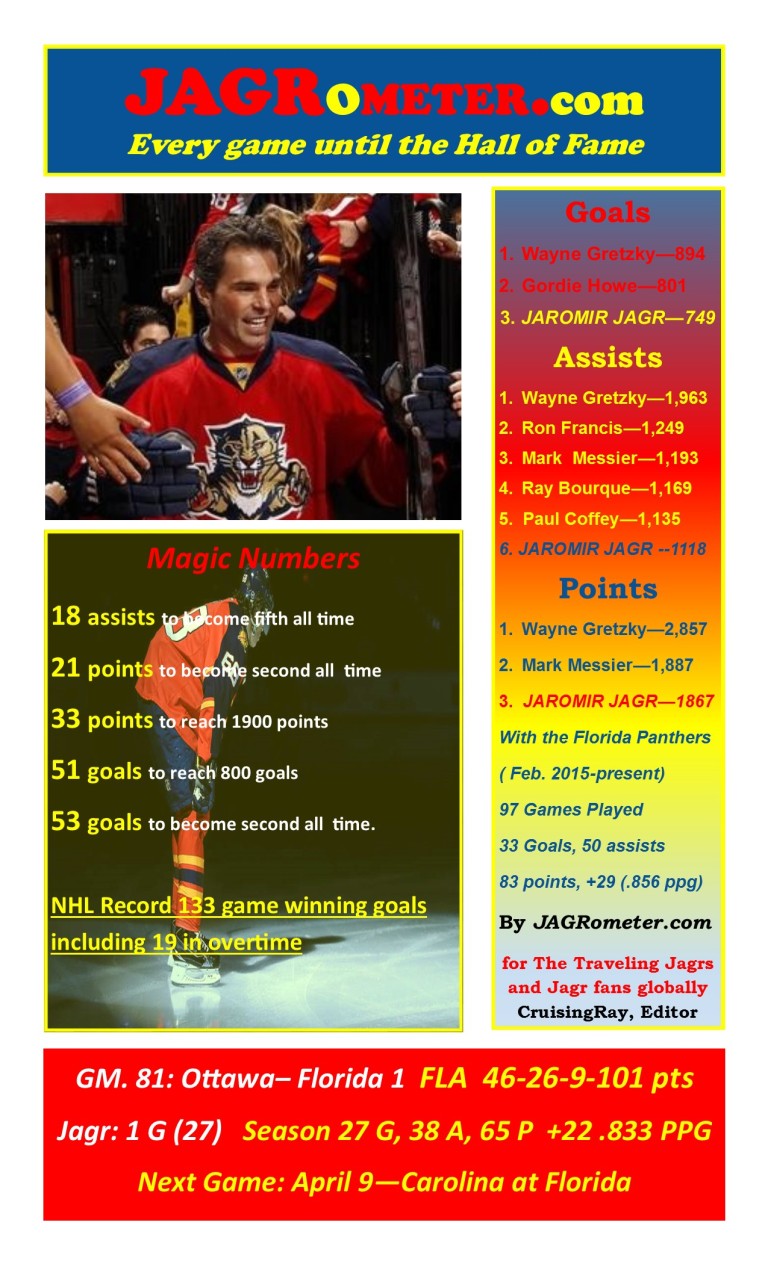 Most teams in the Atlantic Division played Thursday. Boston caught Detroit in points but is ranked fourth in the division due to the Red Wings having more regulation and overtime wins than Boston, who has one more victory (which factors in shootout victories.

The Panthers still don’t know who they are playing the first round of the playoffs. The final two days of the regular season can shake things up.