SUNRISE–John Tavares scored late in regulation and in the second overtime session as the New York Islanders defeated the Florida 2-1 to win the opening round series and advance to play Tampa Bay, the Panthers cross-state rivals in the second round.

Tavares scored the tying goal in the final minute of regulation after the Panthers were trying to score into the empty net. Thomas Greiss held the Panthers to 14 goals in six games and faced an onslaught of shots throughout the series. He also kept the Panthers top line of Jonathon Huberdeau, Aleksander Barkov and Jaromir Jagr at bay, limiting them to a combined 3 goals on almost 100 shots. A penalty shot in the first overtime of Game 5 was probably his most imporant stop of the series.

Jaromir Jagr is part of that trio, and spoke about the series with reporters after the game. Shared from Fox Sports Florida.

.@68jagr reflects on the @FlaPanthers being ousted from the playoffs Sunday night.

Jaromir Jagr: Maybe this is what this team needs
Florida Panthers winger Jaromir Jagr says he thought for sure they had forced a Game 7 when they were looking at an open net late Sunday night but that sometimes losses can propel a team forward.
Here are the highlights from the game from NHL.com
https://www.nhl.com/gamecenter/fla-vs-nyi/2016/04/24/2015030116#game=2015030116,game_state=final
NHL.com posted this story about Jagr and the future in the aftermath of Florida’s playoff ouster.
https://www.nhl.com/news/jagr-panthers-look-to-future-after-playoff-loss/c-280465730
The final Jagr photos of the 2015-16 season, also from NHL.com 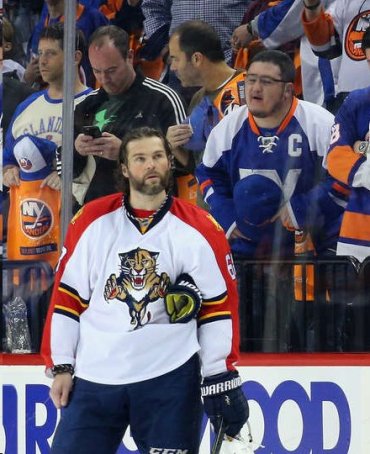 CBS Sports took a stab at recapping the top 10 Jagr moments of the season. Most of it’s right on but there were  few exciting one of kind plays that were not in this compilation which will discuss in our wrap up issue.

No changes to the playoff Jagr-O-Meter after the game.

A statistical review of Jagr’s 2015-16 season with the Florida Panthers in 10-game segments.

Jagr and his ranking vs. the league and among right wings during the 20-15-16 season. 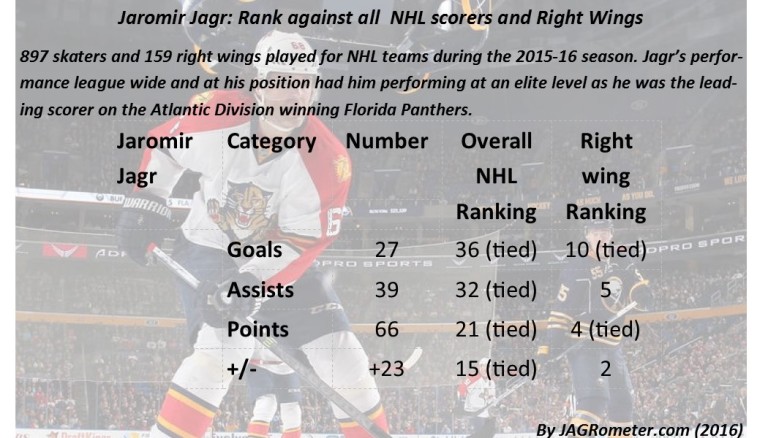 The end of season Jagr-O-Meter 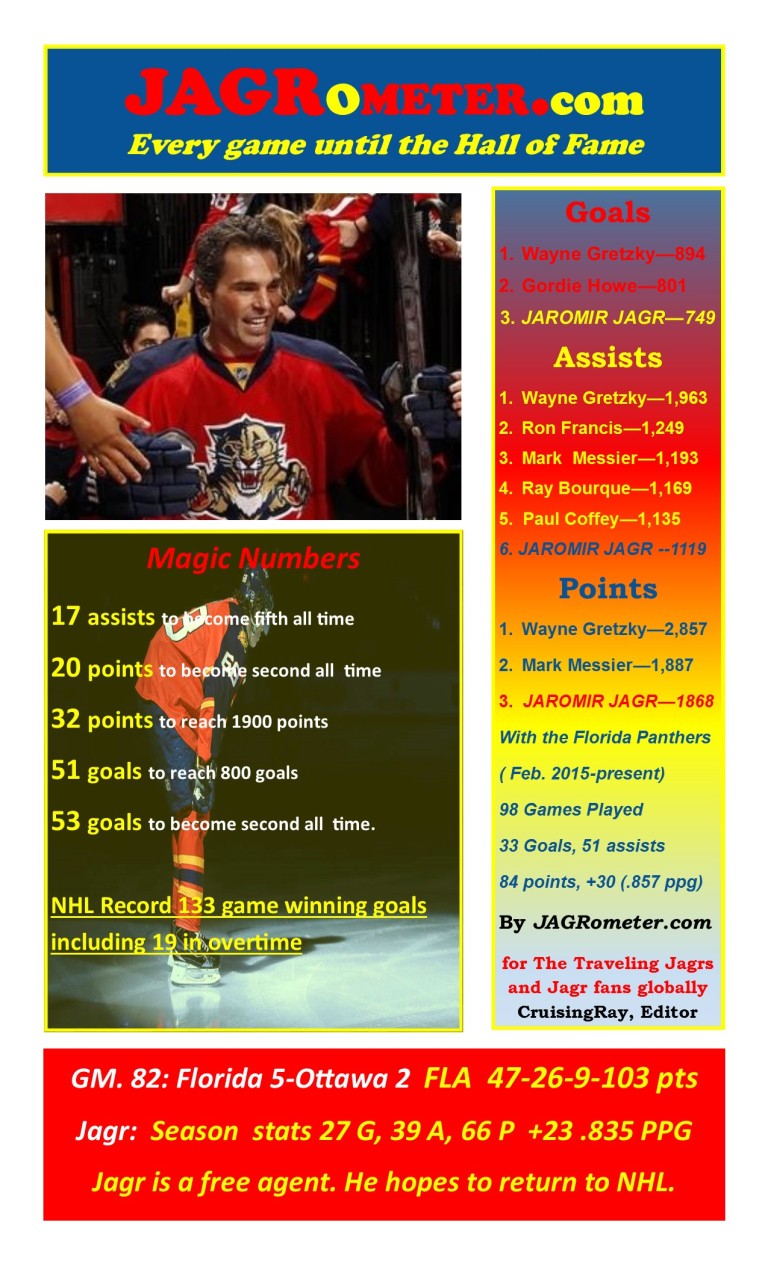 It’s been fun presenting JAGRometer.com this season. As sitting down for a book may take more time than Jagr would care to spend, your editor hopes you can reference this website in the future to recall one of the more fascinating seasons in the career of Jaromir Jagr.

Off season editions will be infrequent but watch for promotion of our deluxe end of season review, contact news for Jagr whether he signs with Florida or elsewhere, and an edition or two devoted to the Jagr collector and what and and how to acquire for your personal shrines. 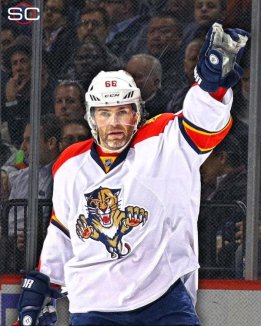