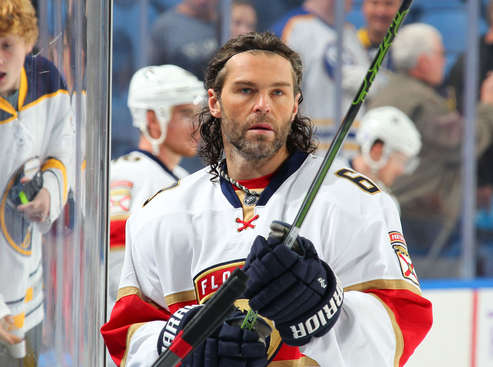 BUFFALO–Jaromir Jagr took four shots at Buffalo Saturday afternoon, but neither he nor his teammates could score as the Sabres blanked the Florida Panthers 3-0.

The Panthers (3-4-1) has lost three straight road games and try to salvage one for the road when they play the Detroit Red Wings at 5 pm in Joe Louis Arena. 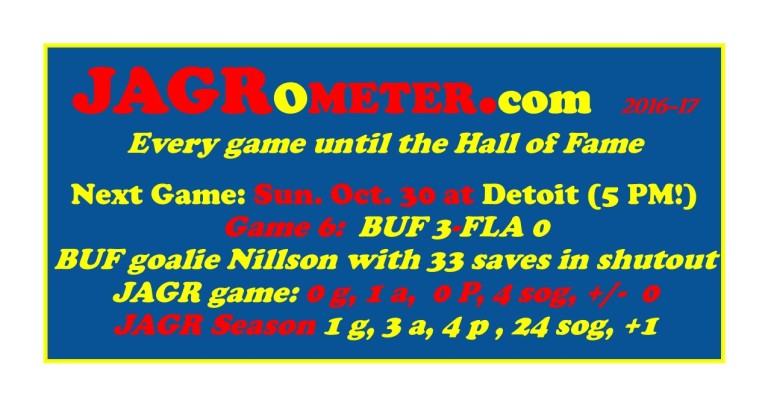 Jagr has four points in eight games, good for third among the Panthers. Jon Marchessault has 10 points, Aleksander Barkov 7 and rookie defenseman Mike Matheson also has four points. The team’s struggles continue as they incorporate three minor league forwards to replace strong offensive forces Jonathon Huberdeau, Nik Bjusgstad and Jussi Jokinen, all out with injuries. The defense corps was also retooled in the off-season but instead of adding more flow to the Panthers game it has had the opposite effect. 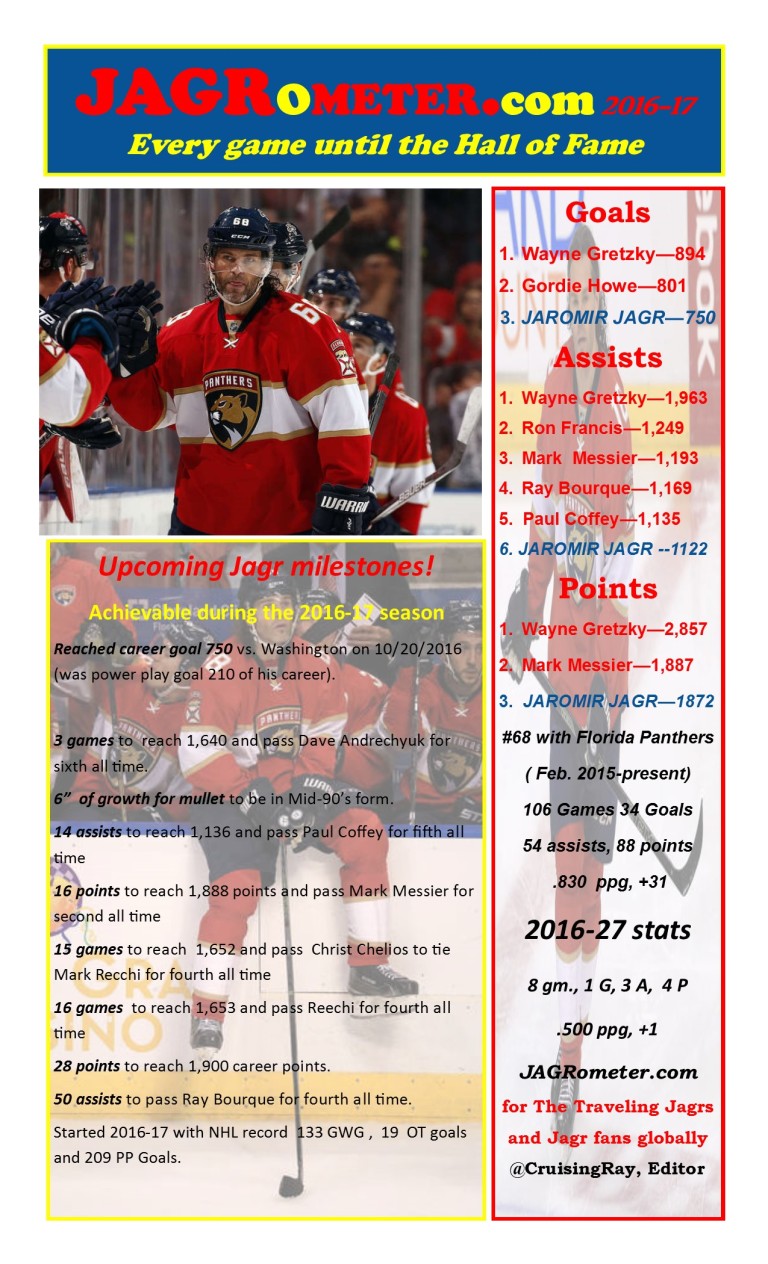