Jaromir Jagr scored his 215th career power play goal and Vincent Trocheck scored his team-leading 22nd of the season to give the Panthers a 2-0 lead. The Hurricanes lulled the Panthers into a dull game, erasing Florida’s lead and nearly scored on a few good chances in the final minutes of regulation. Aleksander Barkov and Jonathon Huberdeau scored in the shootout after a scoreless overtime session to secure the victory for the Panthers. Florida plays Thursday in Philadelphia and close out a busy week at home Saturday against Dallas.

Jagr Points Since Age 40 Second Only to Gordie Howe

Jagr Celebrates Two Years With Panthers With a Goal…

The game was also two years since his debut with the Panthers after being acquired at the trade deadline in 2015. Since  then he has recorded 45 goals, 75 assists and 119 points in 161 games while playing on the Panthers top line with Barkov and Huberdeau. Jagr’s 215th power play goal ties him with Joe Nieuwendyk for 11th all-time. Mike Gartner is 10th all time with 217. Alexander Ovechkin is catching up fast at 207!

…And Should Play in His 1700th Game Later This Month

Jagr has played in all 62 Panthers games this season after missing three last season. He will play in his 1700th career NHL game when the Panthers play at Pittsburgh, Sunday, March 19 at PPG Paints Arena if he doesn’t miss any games between now and then.

Highlights and stats of the Panthers 3-2 win over Carolina from nhl.com 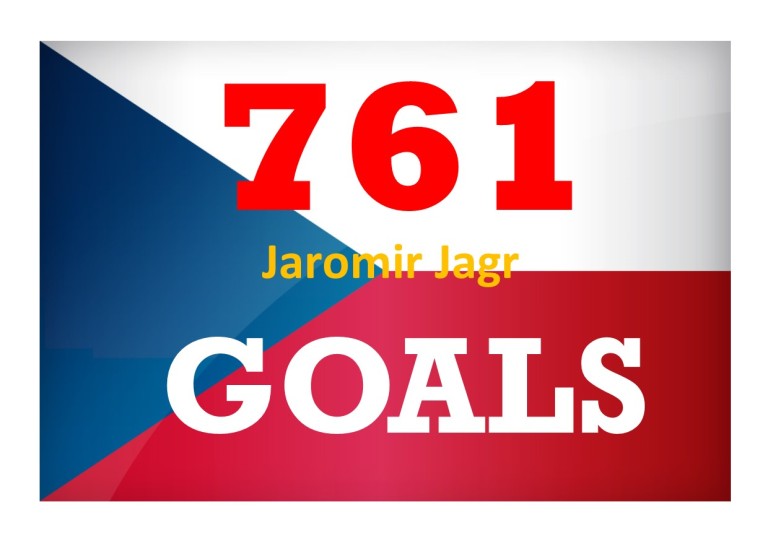 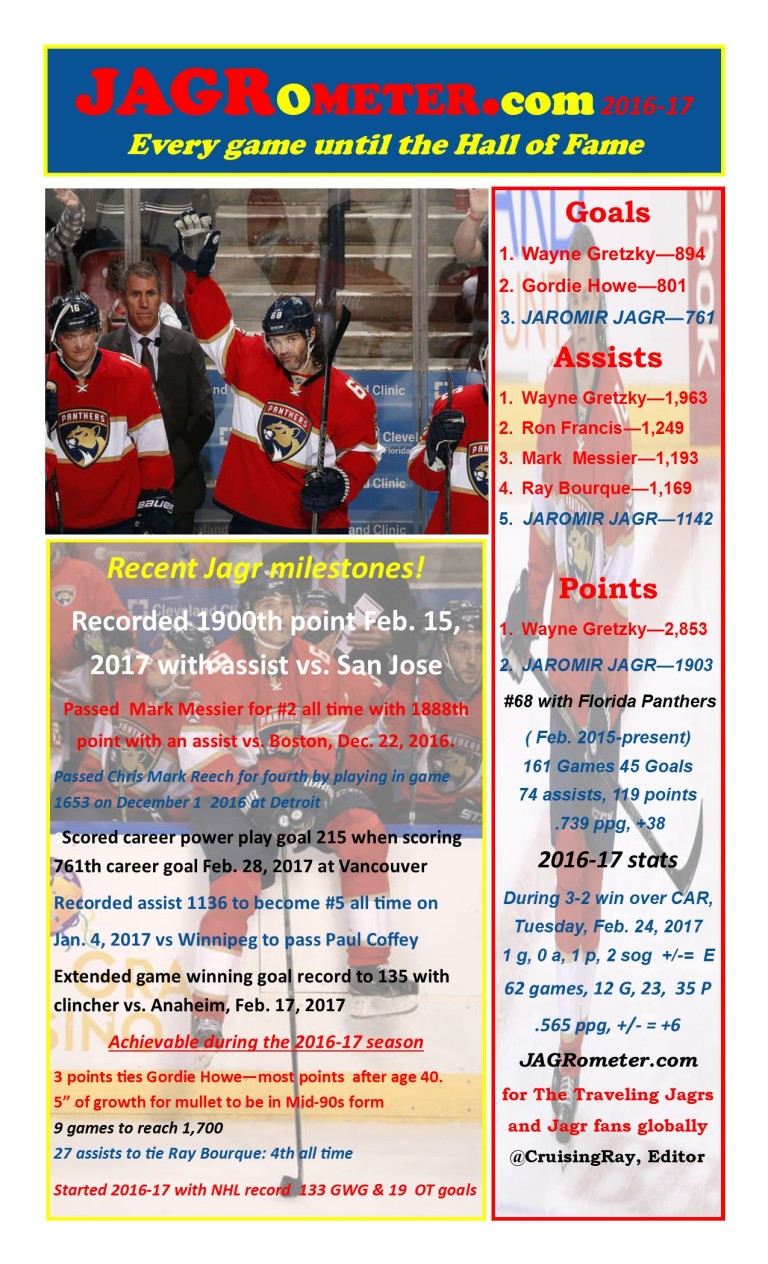 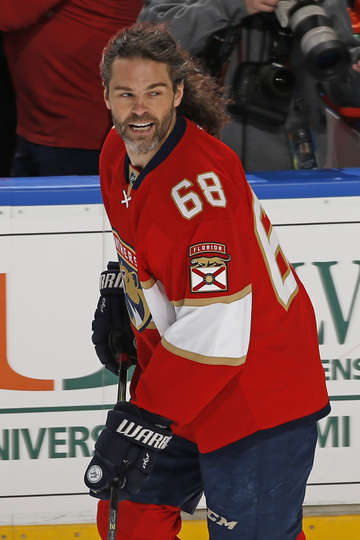 Highlights and stats from the Panthers 2-1 loss to Ottawa Sunday, Feb. 26 from nhl.com

Highlights and stats from the Panthers 4-2 loss to Calgary, Friday, Feb, 24 from nhl.com

The Calgary game was the Panthers 60th of the season. Jagrometer.com prepares a summary after every 10-games tracking Jagr and the Panthers.

20 games remain in the season. It would take a dramatic push for Jagr to match his team leading total of 66 points from last season but 50 points is still reachable. Jagrometer.com will keep tracking Jagr’s progress as…..THE LEGEND CONTINUES