SUNRISE-=The Florida Panthers hope the final day of the NHL’s Centennial Celebration at BB&T Center is the start of a winning streak as they try to get back into the playoffs for the second straight year.

The NHL will have a museum truck at the Panther’s home arena today with team history and tribute sections to Panthers players  Jaromir Jagr and Roberto Luongo  as well as may items related to the team’s history and guest appearances by former Panthers players. Season ticket holders were given special invites for access to photos with the Stanley Cup,  the oldest trophy in team sports, competed for by teams for 125 years and exclusively by the NHL since the inception of the league in 1917.

(jagrometer.com will review and highlight the display for those Jagr fans around the world who will not be in Florida to see it).

This evening the Panthers host the Dallas Stars with a 7 pm opening faceoff. Tickets can still be safely secured at Panthers.nhl.com. 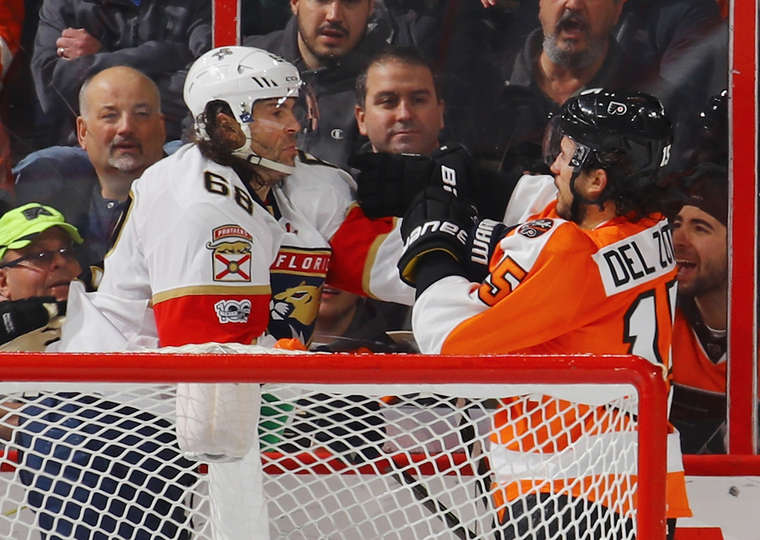 Jaromir Jagr has 1903 points in his career and one fighting major. He and Michael Del Zotto of the Flyers were assessed two minutes each for roughing in the Panthers 2-1 shootout loss Thursday evening at Philadelphia. Stats and highlights from NHL.com

Stanley Cup at the Beach

A steady stream of fans took advantage of a unique opportunity to have their picture taken with the Stanley Cup with the beautiful palm trees of Fort Lauderdale Beach in the background. Included among those was your Jagrometer.com editor. 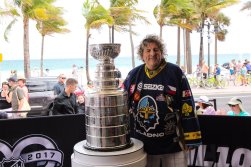 Special thanks to the NHL, Florida Panthers and @the KeeperOfTheCup, aka Phil Prichard, for making this great photo opportunity available for hockey fans.

Takes a while to get there (around photo 100), but the nhl.com gallery from the Flyers game had many Jagr photos to right click and save for your collection.

19 games remain in the regular season. Check back with jagrometer.com as….THE LEGEND CONTINUES!