(CALGARY)–Jaromir Jagr is expected back in the lineup for the Calgary Flames when they host the Vancouver Canucks Tuesday night at the Saddledome, nhl.com is reporting.

Jagr has missed six games with the cryptic “lower body injury” which caused him to leave a 4-2 loss to the Minnesota Wild Oct. 21 in the first period. The Flames (7-5-2) and Canucks (8-6-0) both have 16 points with Vancouver getting the benefit of higher placement in the standings due to Vancouver’s higher number of wins. Vancouver is (6-3-1) in their 10 most recent games and are on a one-game losing streak. Calgary is (5-5-0) in their last 10 games but riding the crest of a three game winning streak. 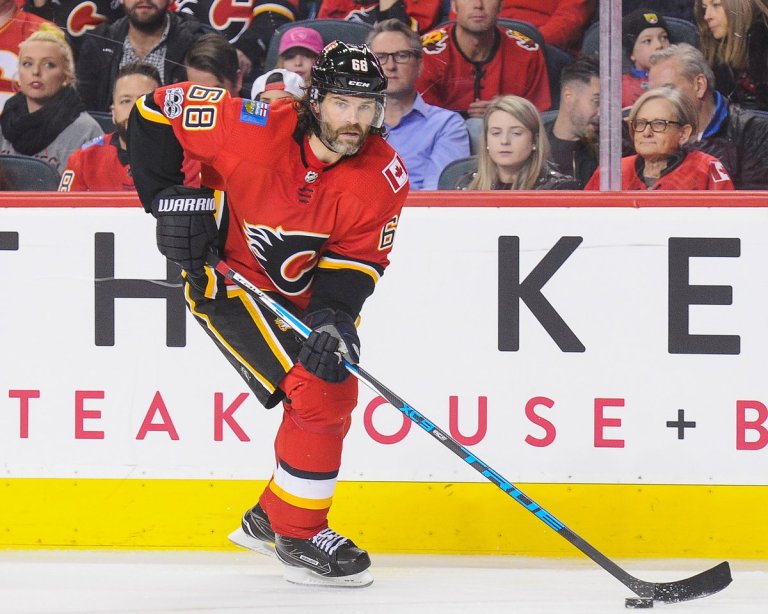 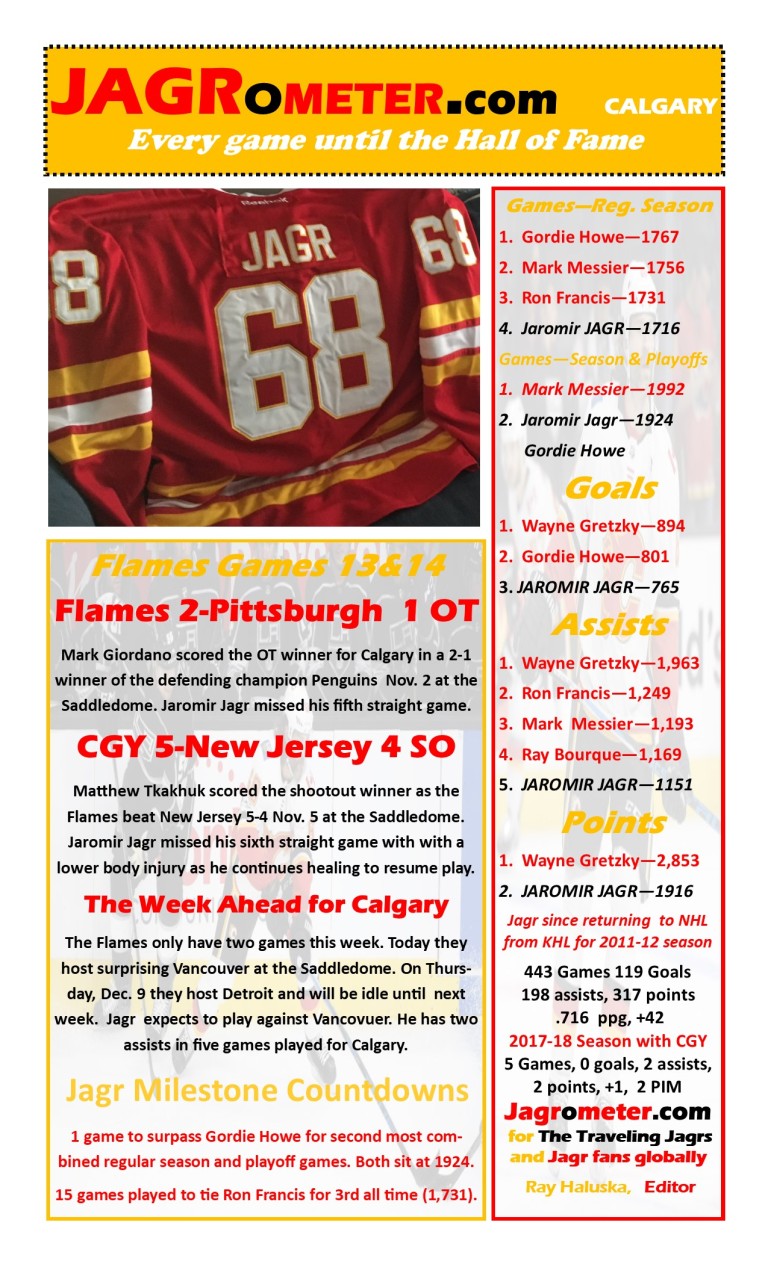 From isport.blesk.cz. Use your translation app to your language of choice.

In another article from same source, Jagr shown with his new vehicle.

Czech reporter Zdenek Janda noticed the sea of Calgary red Jagr jerseys and wrote about it in this story.

For the Jagr collectors…Has anyone seen this rare German League card from 1994-95? Shared from the Hockey News. 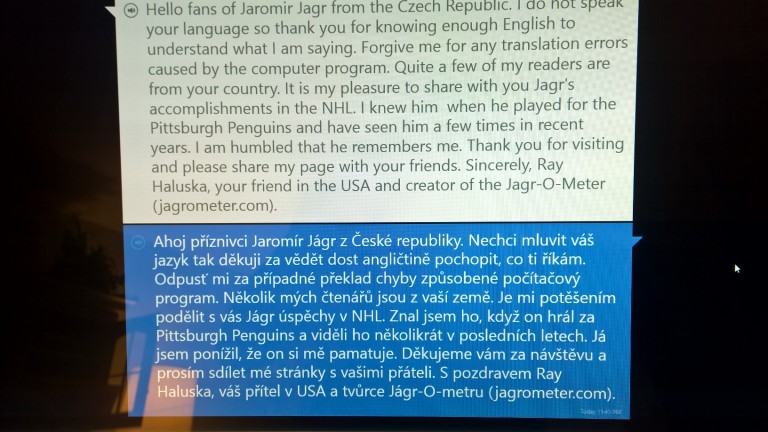